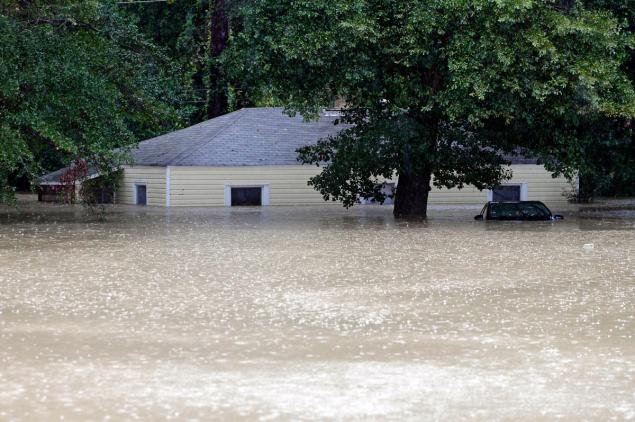 S.C. governor Nikki Haley isn’t the only public official whose response to “Floodmaggedon” has left a lot to be desired.  Richland County, S.C. emergency management officials are being slammed for their tardy response, too.

“As bad as it is in the city of Columbia, S.C, it’s much worse in rural areas surrounding the city,” one source told us.

Those rural areas are the purview of Richland County government … which has reportedly been slow to move in response to the crisis (far slower than neighboring Lexington County).

As of 1:00 p.m. EDT on Monday, Richland County’s parks and recreation department had yet to open shelters to thousands of residents who had to be evacuated from their homes.  In fact sources on the (soggy) ground tell FITS it took repeated calls from state lawmakers and Red Cross relief aides to get officials to begin the process of opening the shelters.

“They’ve got emergency assets streaming in from all over the south but no where to put them – and nowhere to put the people being rescued,” one first responder told us.

“We practice this every year,” one angry county council member told FITS. “I don’t know why, though, because they’re not doing any of the things they practiced.”

“We’re flying blind,” the council member said, referring to a deluge of calls received in the aftermath of the storm. “These people are tired, soaking wet and most of them have just lost their homes – what they need right now is someplace to go.”