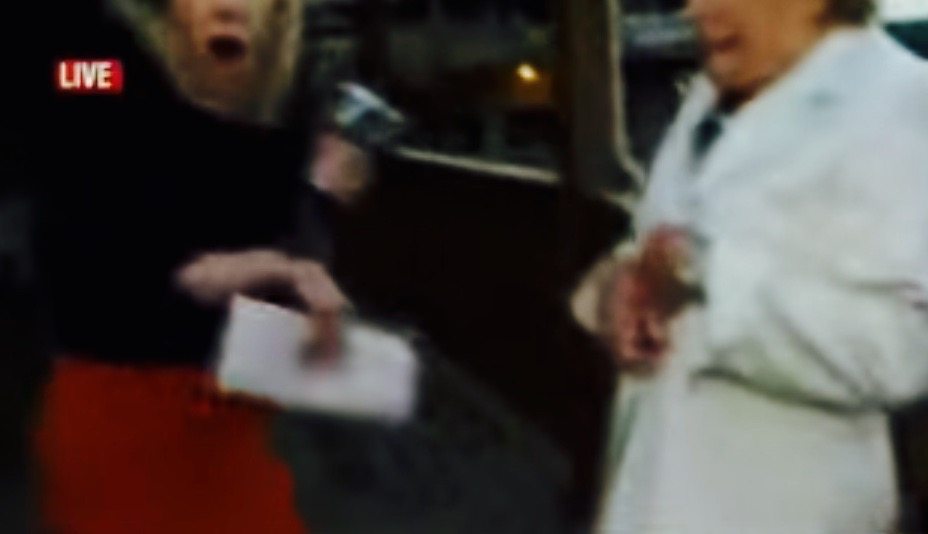 || By FITSNEWS || It’s easy to hate on the mainstream media. And in many cases they deserve it …

But the brutal murder of two local television journalists in Moneta, Virginia this week is beyond senseless.  Shortly before 7:00 a.m. EDT on Wednesday morning – during a live television shot – 24-year-old reporter Alison Parker and 27-year-old cameraman Adam Ward were gunned down by an as-yet-unidentified assailant.

“We heard screaming and then we heard nothing,” the station manager told CBS.

A third person – since identified as Vicki Gardner, a local business leader – was wounded in the attack.

Parker and Ward worked for WDBJ TV 7 (CBS – Roanoke/ Lynchburg, Virginia).  Both were from the area they covered.   According to the station, Parker grew up in Martinsville, Virginia and attended Patrick Henry Community College and James Madison University.  Ward attended Salem High School and Virginia Tech.

The two were reporting live from a shopping center in Moneta – which is located in Bedford County, Virginia – when shots rang out.

A video of the incident has been posted online, although we would warn our readers before clicking that it contains graphic, violent images.

The subject of Parker and Ward’s report?  A seemingly innocuous anniversary celebration for Smith Mountain Lake – a reservoir located southeast of Roanoke.

A manhunt is currently underway for the shooter.  In the meantime our thoughts and prayers go out to the friends and families of the victims.

Shortly after the shooting WDBJ TV anchor Chris Hurst announced that he and Parker had “just moved in together” after dating for nine months and “wanted to get married.”

We didn’t share this publicly, but @AParkerWDBJ7 and I were very much in love. We just moved in together. I am numb. pic.twitter.com/tUrHVwAXcN

“She was the most radiant woman I ever met,” Hurst wrote.  “And for some reason she loved me back.”

Ward was also reportedly engaged to be married.

UPDATE: Police are reportedly searching for 41-year-old William Epperly Vester Lee Flanagan II, described as “light-skinned black male” in connection with the fatal shooting.  Flanagan has been described as a former reporter at the station who worked under the name “Bryce Williams.”  Here’s a picture of him with Parker and Hurst taken from social media. 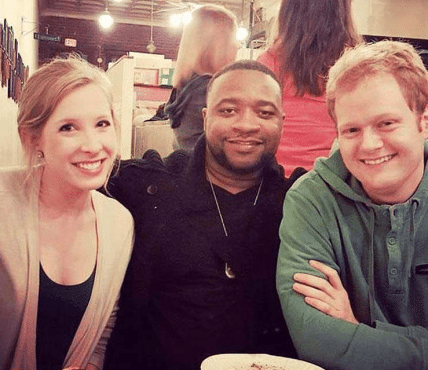 UPDATE II: A twitter account said to be affiliated with Flanagan, the suspected gunman, posted additional videos of the shooting early Wednesday.  In addition to the videos, someone posting to the account – which has since been suspended – implied a racial motivation for the shooting.  Specifically, it accused Parker of making “racist comments” and Ward of reporting the alleged shooter to the station’s human resources department.

UPDATE IV: Flanagan in “very critical condition” after shooting himself, according to The Roanoke (Va.) Times.

Our Saudi Puppet Masters … And More “Republican” Betrayal On Iran

Iowa Newspaper Calls On Donald Trump To Drop Out

Folks, this kind of insane shit is occurring all over the US……

You betcha. They say the guy is “disgruntled employee”.

Tbf, it’s exceedingly rare for a television reporter to be murdered live on air and then the killer to post a first-person video of himself murdering the reporter from his perspective.

You got to admit he had some pretty good ninja skills. Not only did he stand there pointing a gun at them for a good 20-30 seconds before being noticed, but to knock off shots while keeping his cell phone steady for a bit was very skillful.

It’d only have been more impressive if he had used a selfie stick and was firing over his shoulder while smiling for the camera.

Their ignoring him was just further evidence that they were racist. They were incapable of paying attention to a person of color.

“Their ignoring him was just further evidence that they were racist. ”

what happened to the person being interviewed?

I read that she is in surgery, but expected to be okay.

“The woman being interviewed, Vicki Gardner, executive director of the Smith Mountain Lake Regional Chamber of Commerce, was shot in the back and is in surgery, said Barb Nocera, the chamber’s special projects manager said.”

its just telling that theres no mention of her in Fit’s article. Journalists are thick as thieves it seems

I would guess that the info wasn’t available when the article was posted.

Killer being pursued by police on I-81

It’s rumored on a few sites that the gunman is a disgruntled employee from the same station.

It is a sick, sick world that we live in.

Did Grand Tango/Big T recently move to VA? You know that turd and the media…

You are very representative of the level of person in the Democrat Party.

Only one of you would go there. Very sad.

I’m a Republican and Grand Turd is a psycho nut-bag, likely on several watch lists for domestic terrorism.

Of course lying about who, and what, you are is a Democrat tradition.

says the guy posting under about 50 usernames

Grand Turd – we all know the only reason why you’ve not bombed a federal building or mass murdered your scapegoats, is that you can’t afford the fertilizer and/or, or both ammo. How’s the payday loan scam going today? How much blood have you sucked today?

He could use his dead, decomposing shit blog as fertilizer.

Grand Tango should be the first suspect in any murder involving someone described as “disgruntled”.

I’d really like to know the motive.
Faith in humanity is lost…

Hmm……well, reading between several different reports, it appears that there are additional “couples” that work at the station that may lead to a “limited” ceiling for advancement due to a veil of nepotism. Throw in some locker room chat that is taken seriously and things can get out of perspective. For someone to work in media and realize how information manipulation works in various ways, these actions are still very wrong. As for recording this act, the fact that the shooter WORKS in media and realizes how spin is manipulated by editors or station managers, this action is rather sadly understandable.
Faith in humanity is not lost……….imagine how this will be used in Journalism classes to EDUCATE media workers in the future.

He has a history of anger issues and lawsuits against employers. His previous lawsuits were thrown out of court. The guy is/was a nut.

gonna be hard for trump to top this. but seriously, this is just sick.

Shooter killed himself – was an on air personality at some point

Wow. He sent a “manifesto” to ABC News right after the shootings. Says that the Columbine & Va Tech shooters were big influences. What a sick individual.

Wow! I guess everyone needs an “idol”.

He claimed RACISM!!!!!!…who encouraged that?

How much culpability do you liberals have in this, along with Obama, and his race hate crusade?

Tango would say they had it coming – drive by media.

According to media reports it was a racially motivated hate crime.

That will be the way that the liberals try to categorize it but this guy stated that he applied for the gun 2 days after Charleston (proof that waiting periods don’t work), he stated that he was upset about the Charleston shootings, and engraved the initials of the victims in Charleston on his bullets. Only a racist would call this anything other than a hate crime.

The Muslim bastard that murdered his fellow soldiers in Texas is the basis for the workplace violence. The rest of the information has been widely reported in the media. He posted that information on social media.

I don’t understand. Wasn’t there a good guy with a gun there? La Perierre said they’re everywhere.

Everybody it is time to lock and load! We are really living in a mad max world.