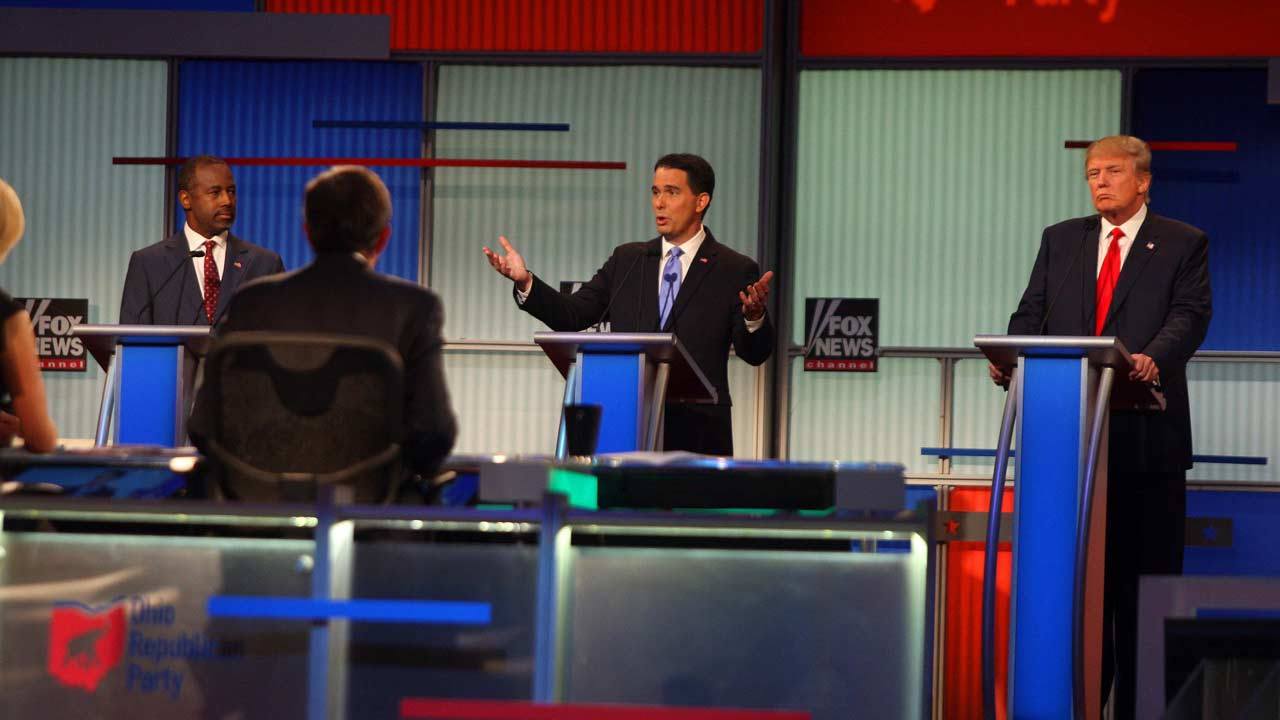 “REPUBLICAN” CANDIDATE TAKES THREE POSITIONS ON IMMIGRATION … IN ONE WEEK

|| By FITSNEWS || Wisconsin governor Scott Walker will roll out his foreign policy agenda at a speech in Charleston, S.C. this week.  And yes … here’s hoping it will be a bit more consistent than his evolving position on immigration.

Over the past week, Walker has taken multiple different positions – and non-positions – on the birthright citizenship (a.k.a. “anchor baby“) debate.

Asked by NBC last week if he supported ending birthright citizenship – part of the comprehensive immigration reform plan rolled out by GOP frontrunner Donald Trump – Walker answered in the affirmative.

Days later, though, Walker told CNBC he wasn’t going to weigh in on the debate “one way or the other.”

But then he did weigh in … again.

“No,” he said, when asked by ABC News whether he had any plans to repeal or alter the Fourteenth Amendment to the U.S. Constitution.

That’s quite an evolution …

We noted a few months ago that Walker had a “Mitt Romney problem,” referring to the 2012 GOP nominee who was constantly changing his positions (earning him the nickname “Etch-A-Sketch“).

“This cuts deeper than specific issues … it’s about a pattern,” we wrote.

Here’s more from that piece …

Walker – one of the early “Republican” frontrunners – needs to be very careful moving forward.  “Flip-flopper” is a terrible label to have, and even if he does win the GOP nomination it could wind up haunting him in general election campaign (as it haunted Romney).  More immediately, Walker certainly doesn’t want to be equated with Romney when he heads to early-voting South Carolina, a state which has consistently rejected the liberal Massachusetts politician.

Walker’s vacillation stands in stark contrast to Trump’s boldness on this issue.  And again, forget the issue for a moment … it’s all about consistency.

Walker?  He comes off looking like a typical politician …