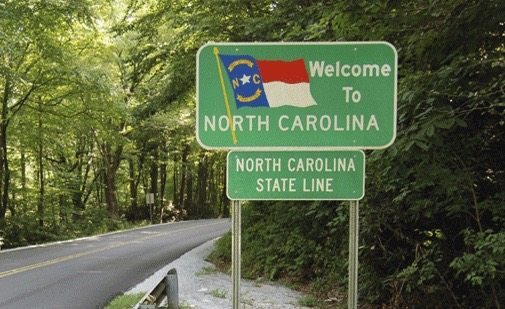 “THE DONALD” CONTINUES TO SCORE WITH GOP PRIMARY VOTERS

|| By FITSNEWS || Billionaire real estate mogul Donald Trump is the new frontrunner for the “Republican” presidential nomination in North Carolina.  Meanwhile U.S. Senator Lindsey Graham is drawing just one percent support in the Tar Heel State – despite growing up just a few miles away from its border.

Trump is receiving the support of 16 percent of North Carolina GOP primary voters – ahead of establishment favorites Jeb Bush, the former governor of Florida, and Scott Walker, the current governor of Wisconsin. Bush and Walker both received the support of 12 percent of “Republican” voters, putting them in a tie for second place according to the poll, which was conducted by Raleigh, N.C.-based Public Policy Polling.

Trump’s favorability rating in North Carolina is 55/32, much higher than we were finding in national polls prior to his entry into the race. Trump’s really caught fire with voters on the far right – 66 percent of ‘very conservative’ voters see him favorably to only 24 percent with a negative view of him. Trump is polling particularly well with younger voters (29 percent) and men (20 percent).

“Three weeks after his candidacy announcement Donald Trump just seems to be getting stronger,” said Dean Debnam, PPP president. “It may just be a matter of time before the novelty wears off, but it hasn’t yet.”

On the Democratic side, Hillary Clinton leads U.S. Senator Bernie Sanders of Vermont by a 55-20 percent margin – although Clinton has seen her support plunge by eight percentage points over the last month.

North Carolina is one of a dozen states which will hold primary or caucus elections on Tuesday, March 1, 2016 (a.k.a. “Super Tuesday”).

How do its voters feel about the general election?

All of the general election match ups in North Carolina are close with Clinton trailing 5 of the Republican hopefuls, leading 4 of them, and tied with one.

The weakest Republicans in the state are Donald Trump and Chris Christie who each trail Clinton by 3 points at 47/44 and 46/43 respectively. Also trailing Clinton are Jeb Bush at 45/43 and Ted Cruz at 47/46. Clinton’s tie comes with Carly Fiorina at 45 percent.