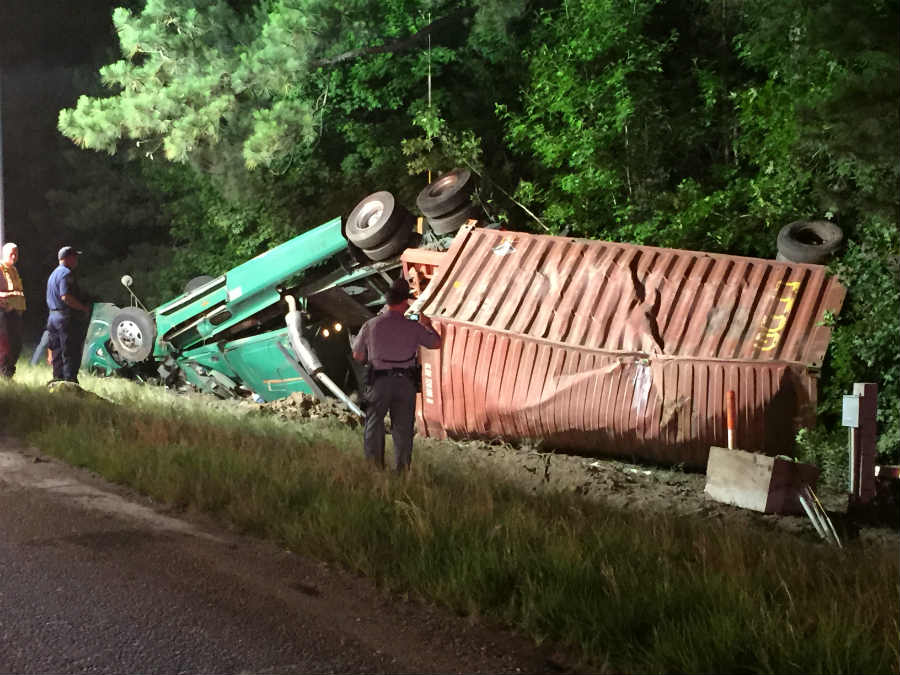 || By FITSNEWS || Another accident involving a tractor trailer has shut down a major South Carolina thoroughfare.  This time it’s Interstate 26 in the South Carolina Lowcountry – specifically the road’s mile marker 173 (near Holly Hill, S.C.).

According to law enforcement, a tractor trailer carrying a “corrosive powder” flipped and spilled a hazardous material on the roadway in the early morning hours – shutting down the main transportation artery between Charleston, S.C. and the state capital in Columbia.

Both eastbound and westbound lanes have been shut down as a result of the accident – and traffic isn’t expected to reopen until Friday afternoon.

A detour around the wreck site has been set up, but traffic along this route is “bumper to bumper,” according to one witness – with vehicles moving at about four miles per hour.

This is the third incident this week in which a major South Carolina highway has been shut down due to a tractor trailer crash.  On Tuesday morning, a woman attempting to change lanes slammed into a tanker truck on the Arthur Ravenel Jr. bridge – shutting down the iconic span for nine hours.  On Wednesday morning, a ten-car pile up on Interstate 26 just northwest of Columbia saw that thoroughfare shut down for several hours.

Related Topics:Charleston SCColumbia SCInterstate 26
Up Next

Where Is Our “Good Shepherd?”