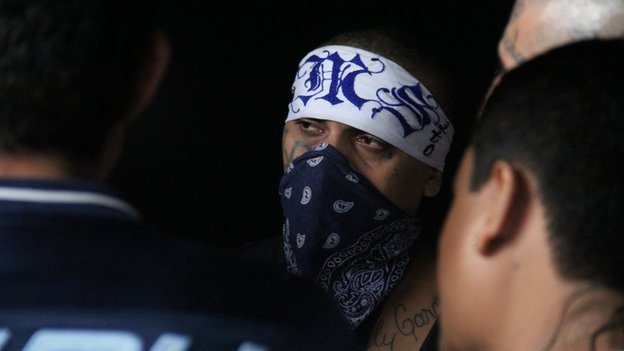 || By FITSNEWS || Thirty-seven members of a major, multi-national gang were indicted in Charlotte, North Carolina this week on a smorgasbord of crimes including racketeering, murder and attempted murder, the acting U.S. attorney for Western North Carolina announced this week.

The gang – La Mara Salvatrucha (or MS-13) – is a predominantly Salvadorian organization which originated in Los Angeles in the 1980s.  It has since expanded across the country, establishing operations in multiple U.S. cities including Washington, D.C., Houston, Boston and Charlotte.

MS-13 has also been active in South Carolina, according to Richland County, S.C. sheriff Leon Lott – recruiting many Hispanics to its ranks.

“As outlined in today’s indictment, the alleged MS-13 gang members have committed numerous violent crimes, including armed robberies, assaults, and murders, for the benefit of the criminal enterprise,” U.S. attorney Jill Westmoreland Rose said. “Today’s charges send a clear message to gangsters who think their gang affiliation puts them beyond the law’s reach. Prosecutors and law enforcement officers will continue to work hand-in-hand to identify and prosecute gang offenders whose violent acts create mayhem in our streets and devastate communities.”

Once again, this website would reiterate its support for the decriminalization of marijuana and other drugs – thus taking away one of the major organizing forces of violent organizations.  We would also reiterate our support for free market reform at all levels of government – which would reduce the poverty and dependency that lures individuals into gangs.

Oh, and let’s not forget a long-overdue commitment to border security … one of the few core functions government is supposed to be performing (but isn’t).