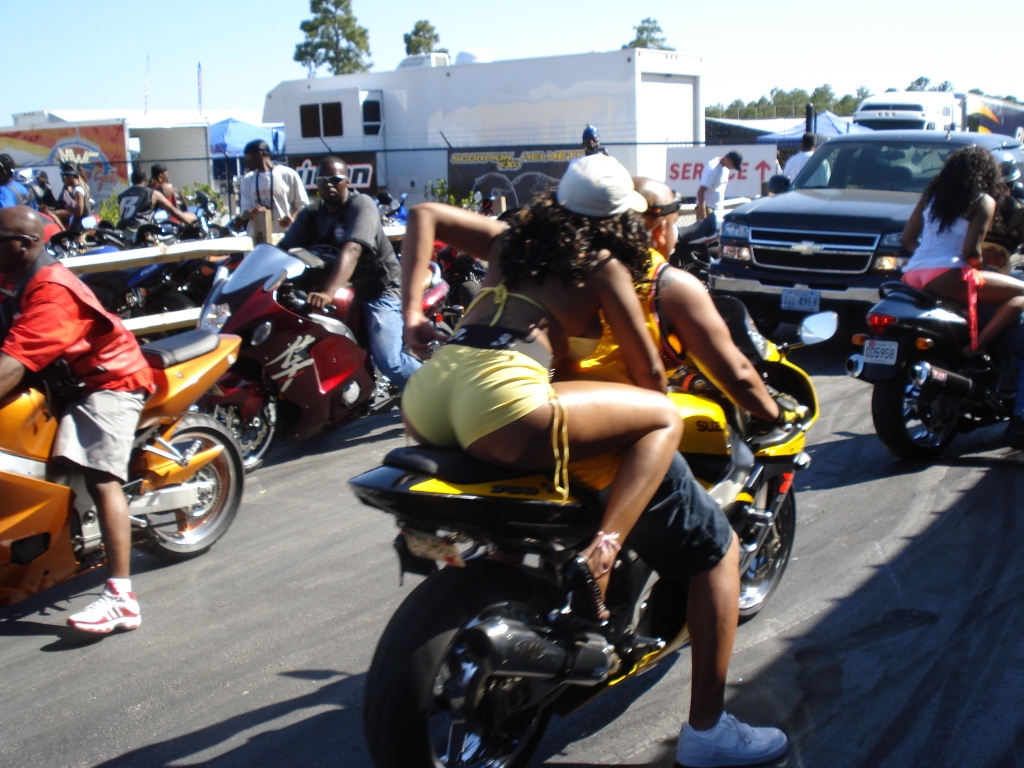 || By FITSNEWS || Against the wishes of S.C. governor Nikki Haley, the annual Atlantic Beach Bikefest is set to begin on May 22 … and officials on the Grand Strand are bracing for the worst.  In addition to imposing what one critic referred to as “de facto martial law,” officials have also set up a 23-mile “traffic loop” in an effort to prevent “parking lot parties.”

The loop – which wasn’t implemented for this week’s “white biker weekend” – is just one part of the response effort, though.

Grand Strand authorities plan on cracking down on the parties they claim led to last year’s violence via some broadly worded new ordinances.

“Impromptu parties, with or without alcohol, are illegal on both public and private property,” the city of Myrtle Beach, S.C. stated on its bikefest website.

Wait … what?  That sounds a lot like overreach to us …

Additionally, “excessive noise, including noise created by loud music, revving engines and spinning tires” is also banned.  Individuals who violate either of these ordinances – or the prohibition against consuming alcohol in a parking lot – could face up to thirty days in jail.

One observer referred to the weekend as a looming “traffic ticketfest and motorcycle citationfest.”

Before we get to the question of safety, how much is all this “enhanced enforcement” costing taxpayers?  Well the orange cones for the new traffic loop cost the city of Myrtle Beach a cool $1 million, while the added law enforcement presence on the streets is expected to run as much as $2 million.

How are they paying for it?

City officials received permission from state lawmakers to redirect accommodations tax revenue to the effort, and they’re using a recently approved property tax increase to fund some of the “enhanced enforcement.”

These coastal governments shell out millions on “tourism marketing” each year – only to raise taxes when it comes time to perform the core function of law enforcement?   That’s sad.

State taxpayers are on the hook for “black bike week,” too, as an estimated 400 state police officers will be supplementing the 224 Myrtle Beach city officers and hundreds of other police (from Horry County, neighboring municipalities and out-of-state jurisdictions) expected to be on the streets.

Here’s our question, though …

Is this planned police crackdown going to quell violence … or incite it?

It seems reasonable to assume expanded regulation (and promises of stricter enforcement) will lead to more confrontations between bikers and police.  Oh, and last time we checked none of the state, county or municipal law enforcement agencies charged with policing this event required the use of body cameras on their officers.

Look: We’re not condoning the violence that has transpired at previous black bike events.  Nor are we questioning the need for law enforcement to step up its efforts to protect life, liberty and property on the coast next weekend.  We are, however, questioning the wording of some of these new ordinances – and the ongoing subsidization of tourism marketing at the expense of law enforcement (with taxpayers being handed a growing bill for this glaring lack of prioritization).

This is the first black bike week since Ferguson.  Since North Charleston.  And since Baltimore.