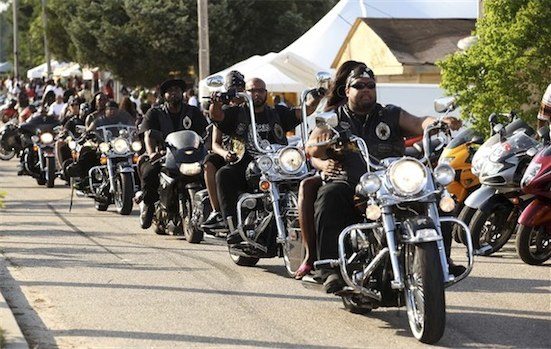 And of course when we say “peak tourism weekends” we’re referring to the annual Atlantic Beach BikeFest – a.k.a. “Black Biker Weekend” – which was held in neighboring Atlantic Beach, S.C. last weekend.

In case you missed the national headlines, three South Carolinians died of gunshot wounds during a shooting Saturday evening at the Bermuda Sands Motel – located near downtown Myrtle Beach’s new government-subsidized boardwalk region. Local police have confirmed at least five other shootings in the area last weekend – although no additional fatalities were reported.

Locals are scared … and angry. In fact hundreds of them attended a meeting of the Myrtle Beach City Council this week to voice their displeasure.

“My life was threatened all weekend long,” one local business owner told the council, according to The Sun News.

Our view? Haley should tell them to handle their business. Seriously … how on earth is supplemental law enforcement in Myrtle Beach (or in any other municipality) the responsibility of state taxpayers?

It isn’t … not unless there’s a category five storm bearing down on the coast.

Myrtle Beach needs to stop bitching and handle its business. Simple as that. The city has hiked taxes sufficiently in recent years to more than handle core government functions, and if it can’t … then that’s Myrtle Beach’s problem, not the state’s.

Oh … our founding editor has historically vacationed on Myrtle Beach’s famed Golden Mile during the summer months. No more. This year his family will be headed well south of the area.

Incidentally, this isn’t the first negative national press Myrtle Beach has received in recent months. Earlier this year the Heather Elvis kidnapping case drew attention to a rash of disappearances in the area.

Don’t worry, though, we’re sure Haley and state lawmakers will boost subsidized tourism marketing in an effort to drown out the bad news …

Related Topics:Atlantic Beach Bikefest
Up Next