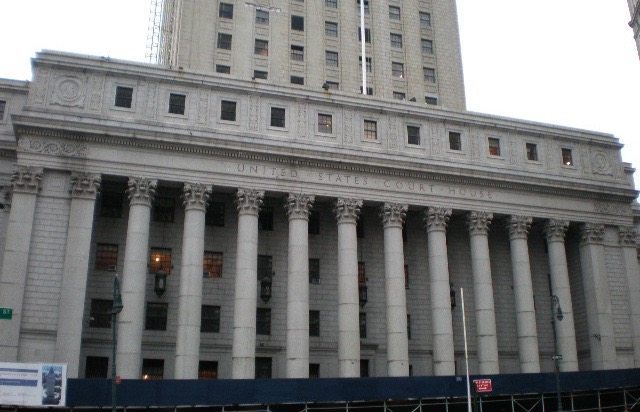 || By FITSNEWS || A week after a U.S. congressman told supporters of the American spy state to “just follow the damn Constitution,” one of the highest courts in the land has ordered them to do just that.

In a resounding victory for individual liberty, the U.S. Second Circuit Court of Appeals – based in New York City – has determined the government’s Orwellian domestic surveillance program “exceeds the scope of what Congress has authorized.”

Specifically, the three-person appellate court rejected the government’s contention that such mass, warrantless snooping was permitted by section 215 of the PATRIOT act, saying “such a monumental shift in our approach to combating terrorism requires a clearer signal from Congress than a recycling of oft-used language long held in similar contexts to mean something far narrower.”

In other words the government has been knowingly violating the law … like former National Security Agency (NSA) whistleblower Edward Snowden said.

“If the government is correct, it could use (section) 215 to collect and store in bulk any other existing metadata available anywhere in the private sector, including metadata associated with financial records, medical records, and electronic communications (including email and social media information) relating to all Americans,” the court found.

“Such expansive development of government repositories of formerly private records would be an unprecedented contraction of the privacy expectations of all Americans,” the ruling added.  “Perhaps such a contraction is required by national security needs in the face of the dangers of contemporary domestic and international terrorism.  But we would expect such a momentous decision to be preceded by substantial debate, and expressed in unmistakable language.”

Obviously we reject the court’s speculative contemplation that a mass, warrantless spy network could be justified by anything … but we enthusiastically applaud the panel for striking down the government’s flagrantly extralegal attempts to impose such a network absent congressional authorization.

Furthermore, we hold that any congressional authorization of such a mass, warrantless spy network would be a prima facie violation of the Fourth Amendment, which protects all Americans from unreasonable searches and seizures.

Which is why we support the position of U.S. Senator Rand Paul on this issue …