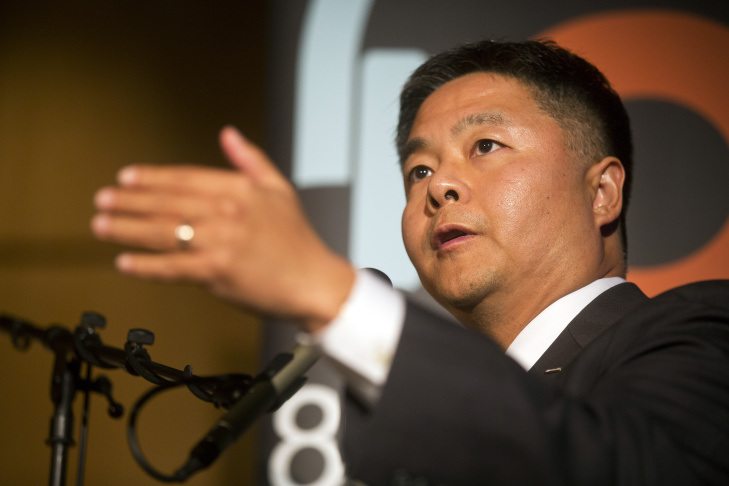 || By FITSNEWS || We don’t know much about U.S. Rep. Ted Lieu. He’s a Democrat from California, and apparently one of only four members of the U.S. Congress with a degree in computer sciences.  And while we can’t vouch for his fiscal views, Lieu took a bold stand this week in defense of individual liberty.

Lieu’s committee heard arguments this week from one Daniel Conley, the district attorney in Suffolk County, Massachusetts.  According to Conley, companies like Apple and Google were enabling “those who rape, defraud, assault and even kill” by providing encryption technology on their smartphones.  Government officials – most notably ex-U.S. attorney general Eric Holder – have been making variations of this argument for years.

Their view?  That government needs to be able to hack your cell phone because they’re the “good guys” and the terrorists du jour are the “bad guys.”

Lieu’s view?  That Apple and Google are part of a “private sector response to government overreach.”  A market-based affirmation of liberty that was championed last year by whistleblower Edward Snowden.  Lieu didn’t just defend encryption as a vital check against unconstitutional violations of due process, though, he (correctly) referred to Conley’s argument that Apple and Google were rape and murder enablers as “offensive.”

Lieu was just getting warmed up, too … zeroing in on the National Security Agency (NSA) and its vast domestic spy network.

“You make another statement that somehow these companies are not credible because they collect private data,” Lieu told Conley.  “Here’s the difference: Apple and Google don’t have coercive power. District attorneys do, the FBI does, the NSA does, and to me it’s very simple to draw a privacy balance when it comes to law enforcement and privacy: just follow the damn Constitution.”

“Because the NSA didn’t do that and other law enforcement agencies didn’t do that, you’re seeing a vast public reaction to this,” Lieu continued.  “Because the NSA, your colleagues, have essentially violated the Fourth Amendment rights of every American citizen for years by seizing all of our phone records, by collecting our Internet traffic, that is now spilling over to other aspects of law enforcement. And if you want to get this fixed, I suggest you write to NSA: the FBI should tell the NSA, stop violating our rights. And then maybe you might have much more of the public on the side of supporting what law enforcement is asking for.”

Lieu was praised for his advocacy by the libertarian-leaning Cato Institute.

We believe government has a right to gather specific information in the event of a credible threat – which is why our court system expressly provides for the collection of such information on the basis of probable cause.  What government does not have the right to do is collect and store our private information en masse without a warrant.

That is a flagrant, frightening violation of the Fourth Amendment … hence Lieu’s constitutional admonition.

Government Servants to Congressman: “Make Us.”

“Here’s the difference: Apple and Google don’t have coercive power. District attorneys do, the FBI does, the NSA does, and to me it’s very simple to draw a privacy balance when it comes to law enforcement and privacy: just follow the damn Constitution.”

Though it does seem that there’s a lot of liberal Apple fan boys. Google, not so much.

As we all know only Republicans Really understand the Constitution.

Ditto that. When government does not follow The Rule Book, it’s is called tyranny.

LMAO…FITS has finally found some affection for the Constitution…that did not DEMAND Due Process for Child-killing combatant Jihadists….and it’s a DEMOCRAT he’s praising….

Any wonder the country is in a F*#king mess…when you have people like FITS who are allowed to vote???

Hello, Baltimore: The NSA is only a few miles from your city hall. The NSA is apparently so hunched over their machines collecting information they don’t have time to analyze and act on it. The NSA didn’t have a f**ng clue what was brewing on its doorstep — until the first cop was hit with a brick and the first building burned.

I had a very low opinion of the whistleblower Edward Snowden when he was first exposed. I am now beginning to believe that he may have been a couple of steps ahead of us dumbasses.

Yeah, I was torn, too. … Now? I’m still torn but I sympathize with the need for full disclosure. Oh Bummer.

I read an article earlier that made me really think, based on the LAW of the land. Am I fighting for Social Equality or Liberty? I thought Liberty, but I think on the Social Side, I am fighting for Equality? I find this interesting: