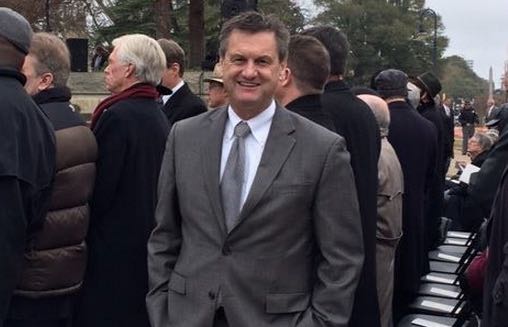 || By FITSNEWS || The first major South Carolina political figure to endorse Ron Paul in 2012 has lent his support to Rand Paul this go-round.

Davis described Paul as “a man who wants to make the Republican Party stronger, viable, inclusive.”

“He has set forth a clearer rationale for a presidential bid than anyone else – a rationale based on an idea that’s as old as America itself – that in our country, government’s job is to secure the blessings of individual liberty,” Davis said.

Invoking the “defeat the Washington machine, unleash the American dream” mantra that has become the modus operandi of the Paul campaign, Davis said Paul is the only GOP candidate with a proven record of defending freedom.

“Defeat the Washington machine and unleash the American dream: That pretty much sums it up, doesn’t it?” Davis said.  “Make no mistake – there are very real similarities between the British tyranny our Founding Fathers rejected in 1776 and the modern-day Leviathan in Washington D.C. that Rand Paul rejects today.  It is now our turn to stand with Rand, to stand for individual liberty.”

Davis’ endorsement matters.  He remains wildly popular with Tea Partiers in the Palmetto State- and has been on the forefront of many of the issues this website is passionate about.

This website followed Davis’ lead and endorsed Ron Paul in 2012 … of course we’ve pointed out on several occasions (including this week) just how far the apple fell from the tree when it comes to the younger Paul’s consistent advancement of his father’s uncompromising agenda.

In other words while we’re very eager to hear what Rand Paul has to say – especially on the tax and spending front – we’re not as eager as Davis to go ahead and jump in bed with him.