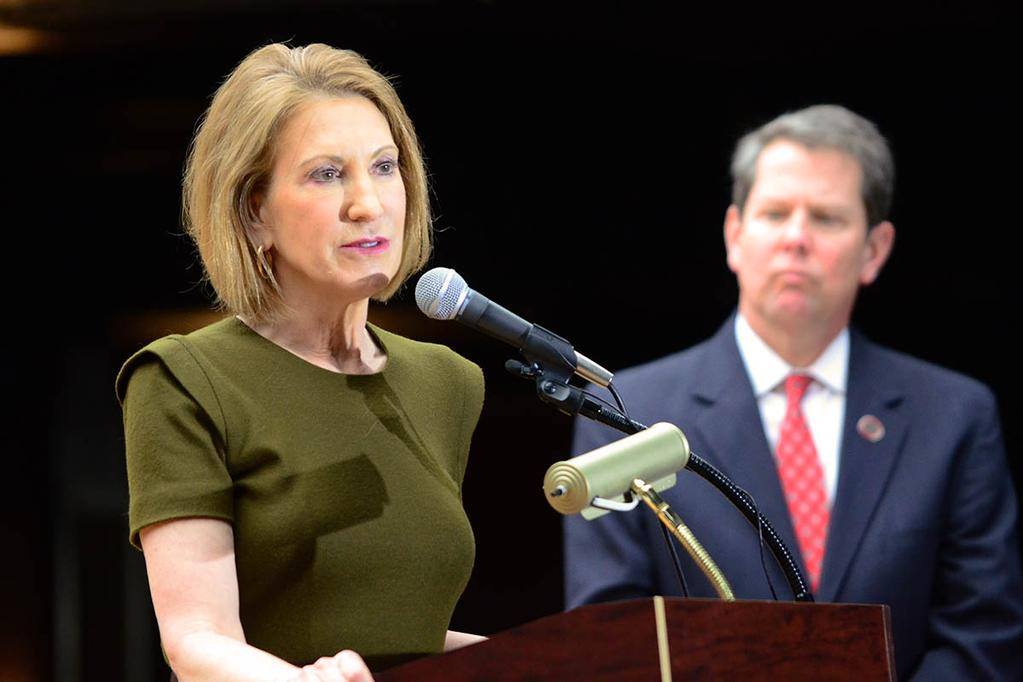 Her reason for making the trip?  A major foreign policy address.

“It will be a sweeping overview of Fiorina foreign policy,” one of the candidate’s aides tells FITS.  “She’ll discuss her experience in the world and expand on where she stands on these issues, while placing an emphasis on China and their role in U.S. foreign policy.”

Fiorina – considered a leading candidate for the GOP vice presidential nomination – has been a mixed bag in our book when it comes to foreign policy.  She correctly lambasted U.S. president Barack Obama‘s proposed crony capitalist trade deal – although she’s been needlessly provocative in endorsing the federal government’s interventionist policies in Ukraine.

Oh well, agree or disagree with Fiorina – she’s at least rolling out some substantive proposals to discuss (which should serve her well as the Veepstakes conversation really gets going).

Anyway we look forward to hearing – and commenting on – her foreign policy vision.