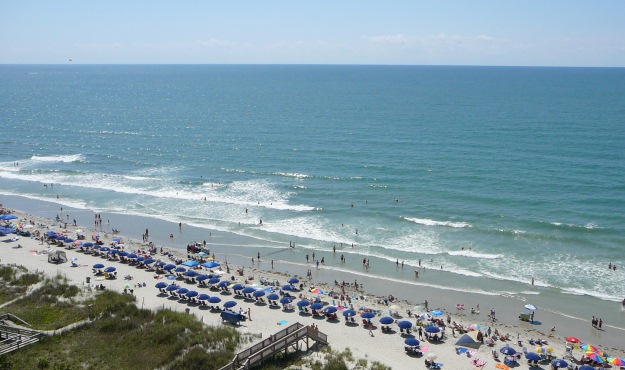 || By FITSNEWS || It’s been said there’s “something in the water” in South Carolina – a banana republic with abundant intellectual incuriosity and an itching inferiority complex.  And nowhere is South Carolina’s “special” brand of crazy more prominently on display than the Grand Strand – a tourism mecca for low-brow, low-income Americans affectionately regarded as the “Redneck Riviera.”

The only thing crazier than South Carolina’s coast?  The politicians representing it … many of whom were snared in a 2009 scandal known as the “Coastal Kickback.”  This brazen pay-to-play scam – in which hundreds of thousands of dollars in campaign cash was funneled through a fabricated network of corporations to select politicians in exchange for their support of a local tax hike – remains unresolved.

We’re told there’s an ongoing federal investigation into the scandal – one which is set to blow at any moment – but we’ve heard that before.  Repeatedly.

Anyway, one of the politicians who took the dirty checks – former S.C. Rep. Thad Viers – pleaded guilty this week to an unrelated federal money laundering charge.

Last August, Viers pleaded not guilty after he was indicted on fourteen federal charges related to his business dealings with a shady paving contractor.  Now Viers is admitting to helping the contractor hide more than $500,000 worth of assets from an insurance company looking to collect on a $6 million debt in exchange for the feds dropping all but one of those charges.

Of course he still faces up to ten years in prison upon sentencing – which is scheduled for sometime in the next 2-3 months.

“I take full responsibility for my actions and offer no excuses,” Viers said in a statement issued through his attorney.  “Furthermore, attempting to place blame on my criminal client for his fraudulent and criminal conspiracy to defraud an insurance company is not a defense for my actions.  As a lawyer I should have known better, but instead chose to turn a blind eye and inoculate myself from fault.  As a man I must take responsibility for my actions and am doing so. Please keep me and my family in your prayers.”

Two years prior to his federal drama, Viers resigned his seat in the S.C. House after being indicted on charges related to his toxic relationship with South Carolina barbecue heiress Candace Bessinger.  He spent sixty days in jail related to that situation.

In other “crazy coast” news, a Myrtle Beach, S.C. city councilman – Bob Grabowski – shot and killed himself last week in the gun manufacturing facility where he worked as a purchasing manager.

According to our sources, Grabowski’s death is linked to one of the many political scandals swirling around the coast.

Obviously, we’ll keep our readers in the loop on what we hear …