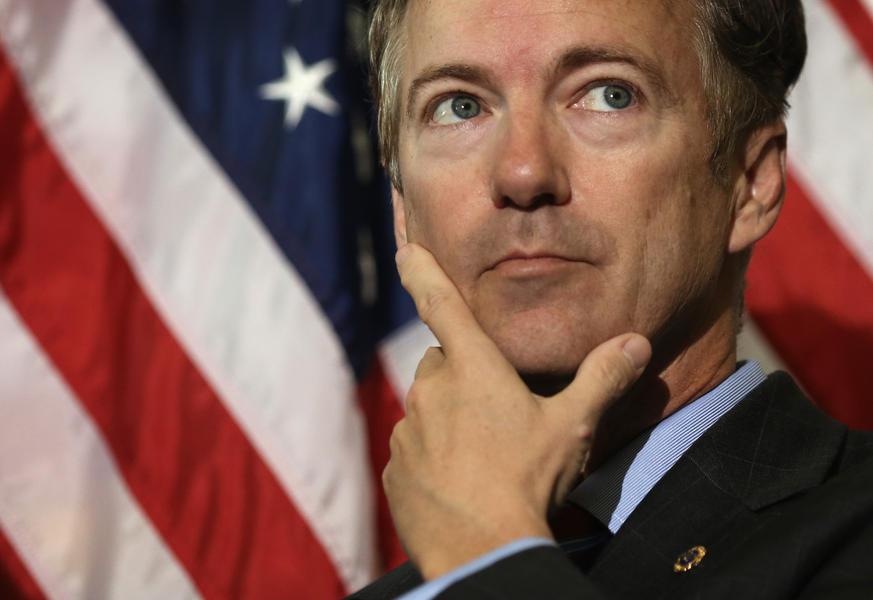 AND CAN (SHOULD) HE WIN THE “REPUBLICAN” PRESIDENTIAL NOMINATION?

|| By FITSNEWS ||  As we’ve noted on numerous prior occasions (most notably here), U.S. Senator Rand Paul is not his father …

He veers far closer to the American political center than did Ron Paul, which is disappointing because we believe the elder statesman had (and has) the answers our country needs if it ever hopes to reclaim its rightful mantle as “leader of the free world.”

Still, we view Rand Paul’s presidential campaign – which kicks off this week – with a degree of cautious optimism.  He’s made big boasts on the economic front, and as his aides make clear he’s got an electability argument based on legitimate cross-sectional appeal.

But who is Rand Paul?

According to reporter McKay Coppins of Buzzfeed, the answer is “to be determined.”

“For the past two years, the advisers and allies around Rand Paul have debated – quietly and heatedly – how to position the libertarian-leaning senator in the 2016 primaries,” Coppins wrote.  “Which of the many distinct and disparate tribes of the Republican Party should he court most aggressively?  How will he combine those pitches into one cohesive message?  How will Rand win?”

Frankly, we’re disappointed Paul is even running as a “Republican.”  If there were ever a candidate capable of forging the third way – i.e. building a credible independent bid on the twin pillars of freedom and free markets – Paul was the guy.

To put it another way, he shouldn’t be worried about courting fiscally liberal and socially conservative “Republicans.”  He should instead by preaching to that vast, untapped American constituency which simply wants government out of its bedrooms, boardrooms and bank accounts.

But here Paul finds himself … bogged down, according to Coppins, in conflicting overtures to his father’s libertarian-leaning base and the establishment “Republicans” who loathe freedom and free markets.

“Paul has spent time reaching out to both camps in recent years – alternating emphases with the ebb and flow of the ongoing debate within his inner circle – but many have told BuzzFeed News over the past year that they expected the candidate to eventually pick one approach or the other,” Coppins reported.  “Instead, several sources said, it appears he and his chief strategist, Doug Stafford, have decided to pursue both strategies at the same time.”

Stafford believes, it would appear, that the Ron Paul “Republicans” are a lock for Rand Paul … and that their support (which the campaign is said to be “banking on”) frees the campaign up to aggressively court evangelicals and establishment “Republicans.”

That strikes us as exceedingly dubious calculus … not to mention a dangerous gambit.

After all, there is no shortage of evangelical and establishment GOP options in the current “Republican” field.  Meaning Paul is tilting at windmills if he thinks he’s going to make inroads in either camp.  Furthermore, he risks alienating the support he’s “banking on” by pursuing such constituencies.

Again … this is precisely why we wished Paul had never run as a “Republican” in the first place.  The things candidates must do in order to cater to the GOP electorate simply aren’t in his makeup – to say nothing of the best interests of the country.

In our piece last August previewing Paul’s candidacy, we wondered aloud about this very situation …

“Is this Hegelian dialectic (Paul) is envisioning really advancing toward some sort of electoral synthesis?  Or is his bid to shove free thinking capitalists into the same tent as corporate cronyists and sanctimonious moralizers doomed to fail?” we mused.

As Rand Paul seeks to become what Coppins refers to as “everything to every Republican voter,” it’s important to acknowledge that he runs the distinct risk of losing those people who are most inclined to support him.  To say nothing of himself.