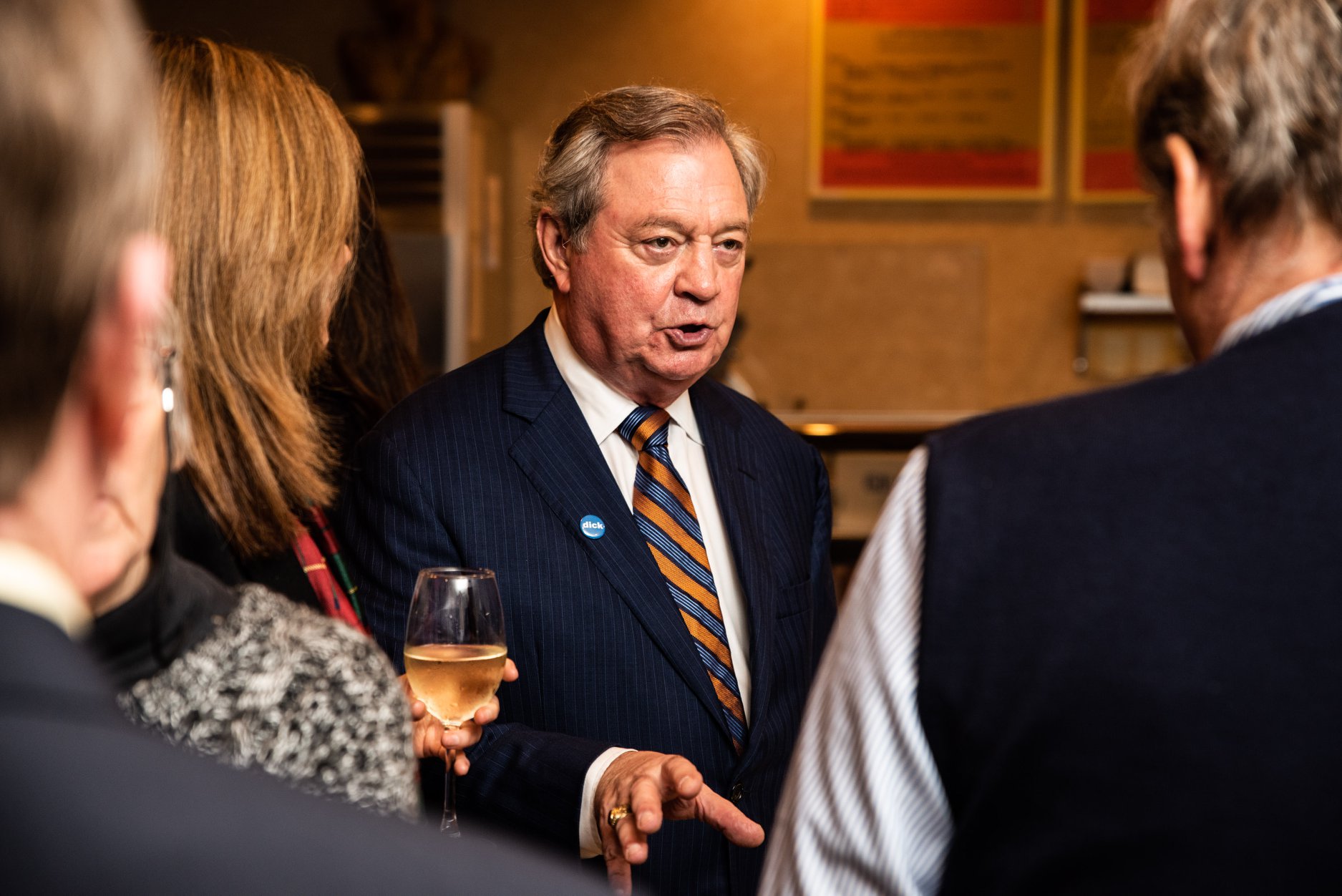 I have disagreed vehemently with South Carolina state senator Dick Harpootlian on several issues in recent months – including his ongoing assault on bars and restaurants in the Palmetto State and his active role in blocking the sale of government-run utility Santee Cooper.

Still, I cannot help but admire Harpootlian for being one of the only members of the S.C. General Assembly willing to consistently challenge the status quo when it comes to state spending. Lots of lawmakers talk about protecting taxpayers, but few actually go against the herd and actually do it.

For starters, Harpootlian has stood up to fiscally liberal “Republican” leaders – and members of his own party – in demanding transparency in budgeting.

If GOP leaders (and their Democratic allies) want to blow tens of millions of taxpayer dollars on political pork, Harpootlian has insisted they justify these expenses by putting them “on the line” (i.e. listing them as individual budget items rather than burying them within agency appropriations).

Prior to Harpootlian bursting on the scene in 2019, the secretive spending process worked like this: Lawmakers appropriated specific amounts of money to different agencies in the state budget without taxpayers knowing what the spending was for … then after the budget was approved, they instructed the agency to pass the money on to a specified recipient (usually a pet project in a lawmaker’s home district).

“The end result? Projects that never would have been funded on their own merits are approved via sleight-of-hand … under the guise of essential spending,” I wrote last January.

Harpootlian has exposed this scam for what it is … forcing lawmakers of both parties to play by a new set of rules when it comes to securing their secretive earmarks.

Now the second-term Democrat from Richland county is upping the ante – challenging GOP leaders (including S.C. governor Henry McMaster) to do more on the back end to ensure that these special interest appropriations are not misspent.

That’s right … in a state dominated by “Republicans,” it has taken a Democrat to insist on transparency and accountability in the doling out of taxpayer dollars.

Specifically, Harpootlian has cited a pair of state laws – one approved via statute and the other contained in an annual budget proviso – which enable legislative and executive branch leaders to inspect the books of entities which receive state appropriations.

The first law – S.C. Code § 11-9-110 – requires organizations receiving state funding to submit a statement to the executive budget office and the S.C. Revenue and Fiscal Affairs (SCRFA) office regarding the “nature and function of (the) organization and use of (the) contribution.”

In fact, the law specifically requires each entity provide “a detailed statement explaining the use that was made of the contribution.”

Not only that, this law – passed in 1982 – prohibits the state from doling out any funding unless the recipient agrees to subject itself to an audit.

“A contribution must not be made to an organization until it agrees in writing to allow the state auditor to audit or cause to be audited the contributed funds,” the law noted.

Has this statute ever been invoked? That’s a good question. Harpootlian said this week he doesn’t believe state lawmakers or executive branch officials have ever used this tool.

Meanwhile, a proviso that has been included in every state budget since 2014 goes even further in mandating accountability over these appropriations.

“Each organization receiving a contribution in this act shall render to the state agency making the contribution by November first of the fiscal year in which funds are received, an accounting of how the state funds will be spent, goals to be accomplished, proposed measures to evaluate success in implementing and meeting the goals, a copy of the adopted budget for the current year, and also a copy of the organization’s most recent operating financial statement,” the proviso mandates. “The funds appropriated in this act for contributions shall not be expended until the required financial statements are filed with the appropriate state agency.”

In other words, all of this information should be on file dating back at least seven years …

The proviso also empowers the South Carolina Office of the State Auditor (SCOSA) to “review and audit, if necessary, the financial structure and activities of each organization receiving contributions in this act” – and to report its findings to lawmakers and the SCRFA.

Finally, the proviso requires any entity receiving funds from a state agency to “submit a report to the state agency making the contribution that includes an accounting of how the funds were spent and the outcome measures used to determine the success of the stated goals.”

These reports are due no later than June 30 each year – the final day of the state’s fiscal year – and must be provided to the budget-writing committees of both the S.C. House of Representatives and the State Senate.

Again, though … have lawmakers ever employed these tools? And has McMaster ever called for an audit related to any of these pork barrel expenditures?

If not, that must change … starting today.

As I have often noted, spending transparency – and accountability over state appropriations – is essential when it comes to public trust in government. This is especially true in South Carolina, a state which has become a breeding ground for pay-to-play corruption.

This is one reason I have consistently argued on behalf of an online checkbook – one that enables citizens to track every penny of their money in real time. Specifically, I have argued expenditures should be tracked based on “agency, authorizing employee, amount, category, date, employee name, purpose, type of payment (cash, credit card, check, wire, etc.) and vendor.”  Furthermore, the state must provided “searchable, up-to-the-minute records” regarding these expenditures.

But spending reform must go even deeper than that …

State government needs a comprehensive overhaul of its ethics laws to prohibit lawmakers and other public officials from gaming the system on behalf of themselves, their businesses and/ or their family members. And there must be real consequences when these laws are broken.

Hopefully, Harpootlian will expand his agenda to include these reforms … and hopefully other lawmakers will join him in demanding that McMaster and other GOP leaders start using the tools they already have on behalf of taxpayers.