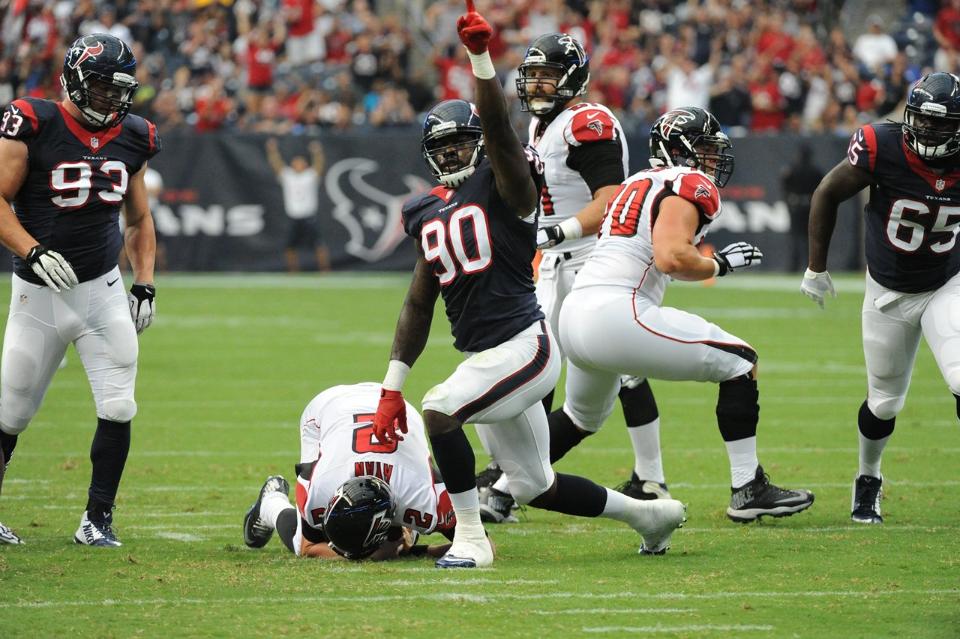 DID THE TEXANS MAKE THE WRONG MOVE WITH THEIR NO. 1 PICK?

By FITSNEWS  ||  Houston Texans No. 1 draft pick Jadeveon Clowney underwent microfracture surgery on his knee this week – and is expected to be out of action for the next nine months.  That’s the simplest way of describing the current status of the former University of South Carolina All-American, but beyond the headlines is a debate over whether the 6-foot-6, 275-pound should have had the controversial surgery in the first place.

Clowney suffered a meniscus tear in his right knee after landing awkwardly during his NFL debut on September 7.  He returned to action seven weeks later, but struggled to recapture his trademark explosiveness off the line and was experiencing swelling in his knee after exertion.

After consultation with renowned orthopedic surgeon, the Texans decided a second surgery was necessary – ending his rookie season.

That surgery was performed on Monday by team doctor Walter Lowe – who also performed the initial surgery to repair Clowney’s torn meniscus.

This time, though, Lowe performed a much more serious procedure – one that doesn’t have the best recovery rate.  In fact Richard Lehman – founder of the U.S. Center for Sports Medicine – told The Houston Chronicle this week the Texans made the wrong move in opting for microfracture surgery for Clowney

“It could be career-ending. Everybody knows that,” Lehman told Chronicle reporter Dale Robertson of Clowney’s surgery, adding that a microfracture procedure “is fine for weekend warriors, but I’m not a fan of it for an elite athlete like Jadeveon Clowney.”

What is microfracture surgery?  Using a surgical awl (or hole-piercing instrument), tiny fractures are made in the bones of the knee.  These holes result in the seepage of blood and bone marrow (containing stem cells) that produce regenerative cartilage from scar tissue after clotting.  The alternative to microfracture?  Articular cartilage reconstruction – which involves growing replacement cartilage outside of the body and surgically inserting it into the knee.

Microfracture procedures reportedly have a success rate of 75-80 percent – although there are numerous professional athletes who have seen the procedure effectively end their careers.  Many others have come back from the surgery at far less than their original capabilities.  Meanwhile a debate continues to rage over whether the cartilage generated by microfracture surgery is sufficiently durable.  Specifically, some players who return at what appears to be full speed for a few seasons seem to wear down faster due to the weakness of the “fake” cartilage.

Take former Carolina Panthers running back Deshaun Foster as an example.  The former UCLA standout had a microfracture procedure performed at age 22 and rebounded to play six seasons in the NFL – although he never emerged as an elite back.

Clowney is 21 years old – meaning there is a greater likelihood the surgery will be successful for him (the younger you are, the greater your body’s natural healing capacity).  And we have no doubt the Texans studied this decision from every angle – including Clowney’s body chemistry and his natural joint alignment (factors which can impact the success of such a procedure).

But microfracture procedures are not routine – and pose very real risks to Clowney’s career.