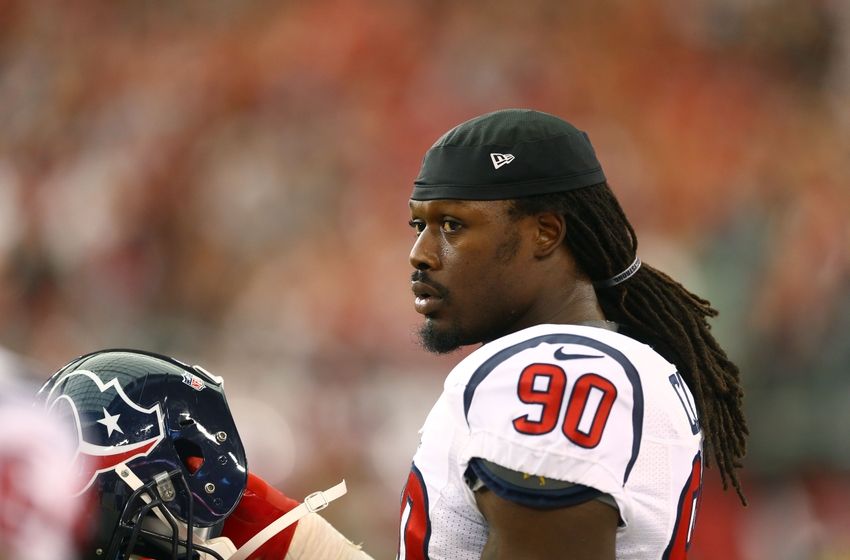 The No. 1 pick in the 2014 NFL draft, Clowney left the Texans’ game against the Washington Redskins late in the second quarter and did not return.  He was able to walk off the field on his own strength, albeit with a noticeable limp.

Clowney’s injury occurred as he was pass-rushing Redskins’ quarterback Robert Griffin III.  The 6-foot-6, 266-pound defensive end leaped in the air attempting to deflect a pass from Griffin and landed awkwardly.

Prior to his injury, Clowney registered a tackle for loss for the Texans – who defeated the Redskins 17-6 at Reliant Stadium in Houston.

Clowney’s status for the Texans’ week two matchup against the Oakland Raiders is uncertain.

Dubbed the “most freakish specimen” in the draft, Clowney signed a four-year contract with the Texans in June that included a $14.5 million signing bonus and more than $22.3 in guaranteed money.

Houston head coach Bill O’Brien said after the game early reports on Clowney’s knee were good but that the superstar rookie could miss some time.

“They think it’s a good prognosis so it looks like it’s going to be okay,” O’Brien said. “He may miss some time, he may not. Who knows? So we’ll know better as the week goes on.”

UPDATE: The official word on Clowney is a meniscus tear.  He will miss 4-6 weeks.

Gamecocks Slip In Polls Despite Win