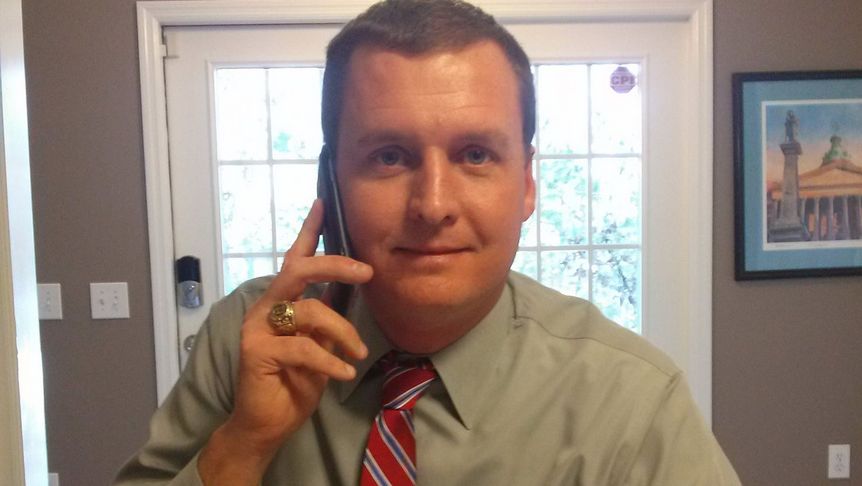 SHERIFF CANDIDATE HAS SOME EXPLAINING TO DO …

|| By FITSNEWS || Lexington County, S.C. sheriff candidate Jay Koon has dismissed allegations that he is connected to the infamous “Lexington Ring” – a cabal of crooked cops and corrupt politicians accused of running an illegal video poker operation (and other shady dealings) in Lexington County, S.C.

Koon – who is running a “family values” campaign – has also stated that he opposes strip clubs in Lexington County, saying they “do not reflect the Lexington County values of faith and family that I know.”

Here’s Koon’s problem: Multiple sources have confirmed to FITS that the veteran Lexington, S.C. police officer repeatedly visited strip clubs during the early part of the last decade, often with members of the notorious “ring.”

Among them?  Danny Frazier – one of the “ring” leaders who was indicted last year by S.C. attorney general Alan Wilson.

“There was one night specifically that really stands out about Jay Koon,” a former dancer at one of Columbia’s local strip clubs told FITS.  “They must have been celebrating a promotion or something, because he was extremely drunk.  He got up on the stage with the dancers and his group got loud cheering him on.  While on stage … the girls pulled his shirt up, pulled his belt out of his pants and spanked him with it while one of the girls was riding him like a horse while he was on all fours, the other girls opened his pants and ripped his underwear off him.”

The dancer’s account has been confirmed by two of her former co-workers and by a member of the law enforcement entourage.

“It was a while ago, but yeah – not gonna lie – that happened,” the law enforcement officer acknowledged.

The cop added that Koon and Frazier were joined at the club on that occasion – and many others – by current Lexington, S.C. chief of police Terrence Green.

Koon was praised this week by The (Columbia, S.C.) State newspaper, which claimed he “possesses the polish, professionalism and smarts” to restore public confidence in the department.  His candidacy has also been endorsed by S.C. governor Nikki Haley, who said Koon was “the right person with the right experience to continue to move Lexington County in the right direction and make the sheriff’s department once again a source of pride.”

We wish we could concur with their praise, but Koon’s hypocrisy on the strip club issue – to say nothing of this new evidence indicating his proximity to the “ring” – is troubling.

Obviously we don’t begrudge anyone (police officers included) from visiting strip clubs, but Koon should have known better than to demean such establishments given his history of frequenting them.  Furthermore, the company Koon reportedly kept at these establishments does not bode well for “restoring public faith” in Lexington County’s law enforcement.

Koon and West Columbia, S.C. police chief Dennis Tyndall – who is also running for sheriff of Lexington County – have both been linked to the “ring.”

Two other candidates – Richland County deputy Justin Britt and veteran criminal justice instructor Ed Felix – are also running to replace James Metts, who held the post for 42 years before he was undone by corruption related to the “ring.”

The special election to replace Metts will be held on March 3.

Letter: Senators Should Vote “No” On Cell Phone Tax