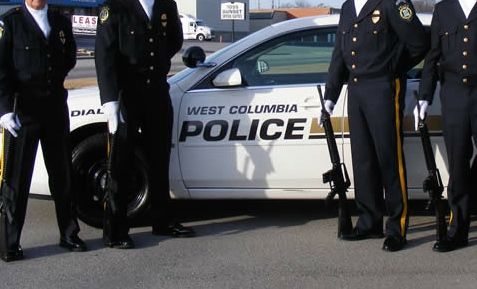 || By FITSNEWS || Earlier this week we picked up allegations made against South Carolina law enforcement officer Jay Koon – the establishment choice to become the next sheriff of Lexington County, S.C.

Koon is said to be “connected” to former Lexington, S.C. town councilman Danny Frazier – one of the central figures in the “Lexington Ring.”  For those of you new to FITS, the “ring” is a cabal of corrupt politicians and crooked cops accused of running an illegal video poker operation (and other for-profit schemes) in the county.

Video poker machines were outlawed in 2000 when the S.C. Supreme Court blocked a referendum that would have given Palmetto State residents the right to vote on their legality.  We disagree with that decision (voters should have been allowed to make that call), and we have been consistent in supporting the expansion of gaming in South Carolina and opposing the state-run gambling monopoly (a.k.a. the so-called “education” lottery).

Anyway … in early 2012, Frazier was surreptitiously recorded describing the inner workings of the “ring’s” illegal operations, although S.C. governor Nikki Haley’s administration failed to take action upon receiving this evidence.

In one of the 2012 recordings, Frazier mentioned one of the candidates for Lexington Sheriff – but it wasn’t Koon.

According to Frazier, Tyndall looked the other way while the “ring” reaped huge profits from the illegal poker business.

“Dennis is the police chief here,” Frazier told an informant on the tape. “Dennis is not touching it.”

Frazier initially claimed he didn’t remember making the comments on the tapes – then he claimed he fabricated the information in an effort to make himself appear influential.

So … did Frazier fabricate the claims he made about Tyndall?

Barr discovered a West Columbia, S.C. business with ten video poker machines located just one block away from the city’s police department – “on a corner officers pass multiple times a day.”  Another business located even closer to the police department had twenty of the machines.

To be fair to Tyndall and Koon, neither law man has ever been charged with wrongdoing related to the “ring” – let alone convicted.  However their alleged proximity does raise troubling questions – especially in Tyndall’s case.