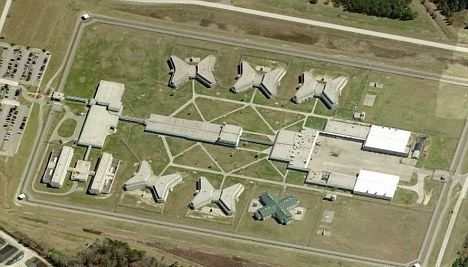 || By FITSNEWS ||  Dozens of law enforcement vehicles screamed down Interstate 20 in rural South Carolina on Thursday afternoon after police were dispatched to respond to an “incident” inside Lee Correctional Institute.

No word yet on what is transpiring inside the “Level 3″ facility near Bishopville, S.C. – which houses some of the Palmetto State’s most dangerous inmates.

Many of the unmarked vehicles – which reportedly came in multiple “waves” – belonged to the S.C. State Law Enforcement Division (SLED), we’re told.

In fact this website has covered a number of scandals related to the S.C. Department of Corrections (SCDC) – one of multiple mismanaged bureaucracies under Haley’s control.

Among these scandals?  Alleged efforts by Haley’s administration to cover up prison riots.

UPDATE II:  The Lee County Sheriff’s office is now responding to the “situation” at the prison.  Additional law enforcement resources have been dispatched to the scene.  S.C. Highway Patrol sources tell FITS inmates at the prison may have taken correctional officers hostage.

UPDATE III: Lee County EMS now has two medic units at the prison.  One at the main gate and one at the infirmary.