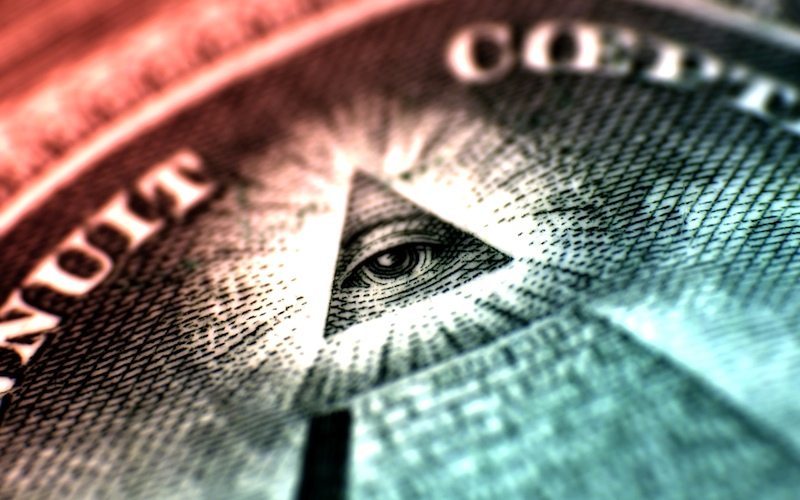 “THE WORLD’S MOST GULLIBLE MAN?”

The launching pad for the post?  Paul’s less-than-enthusiastic support for “vaxxing,” an issue which has prompted three guest columns on this website (HERE, HERE and HERE) within the last week.

“Time and again, in one incident after another, Paul has shown that his worldview is colored if not controlled outright by the idea that America’s very existence is constantly threatened by shadowy conspiracies both foreign and domestic,” columnist Sam Kleiner wrote. “It is hardly surprising that someone who embraces such radical ideas would also adopt the conspiratorial anti-vaccine position.”

According to Kleiner, Paul is a crackpot whose presidential flirtation doesn’t merit mainstream consideration –  a true right-wing nut whose multiple prior appeals to the tin foil hat segment of the electorate have landed him in racist and even anti-Semitic territory.

“In 2010, Paul’s own spokesman, Christopher Hightower, was forced to resign after it came to light that he maintained a blog suggesting that American foreign policy was responsible for 9/11,” he wrote.  “In 2013, Rand Paul’s foreign policy adviser, Jack Hunter, resigned in the wake of revelations that he maintained a neo-Confederate blog in which he claimed the North had committed ‘genocide’ against the Confederacy.”

He’s also got Paul fitted for a convenient rationalization … a justification for being “the world’s most gullible man.”

“For Paul, being depicted as a conspiracy theorist merely meant that you were speaking truths that others found to be taboo,” Kleiner wrote.  “He sees himself as a truth-teller.”

This website endorsed Paul’s father in his bid for the 2012 GOP nomination – and we view Paul the Younger as one of a handful of “Republican” candidates who does merit serious consideration for the presidency.  More to the point, in what universe has America’s foreign policy over the last quarter century made our citizens safer?

Everyone condemns 9/11 … and rightfully believes those responsible for carrying it out deserve whatever they get.  But it’s impossible to argue American interventionism didn’t contribute to those attacks.  Similarly, it’s impossible to argue the current American campaign is doing anything but making our new enemy – the Islamic State in Iraq and Syria (ISIS) – stronger.

That’s not conspiracy theorizing … it is, to borrow Kleiner’s words, “speaking truths that others (find) to be taboo.”

And while we may not settle on Paul as our first choice for the 2016 “First in the South” presidential primary (or the election to follow), we find his willingness to question established narratives refreshing.  We also find efforts by left-leaning outlets to frame legitimate criticism and skepticism along such distorted lines to be profoundly disappointing.

Has Paul adopted some crackpot views in his past?  Perhaps … but we’d venture to guess nothing he’s imagined on his most conspiratorial day is remotely as ridiculous as the establishment “Republican” approach to fixing America’s foreign and domestic ills.