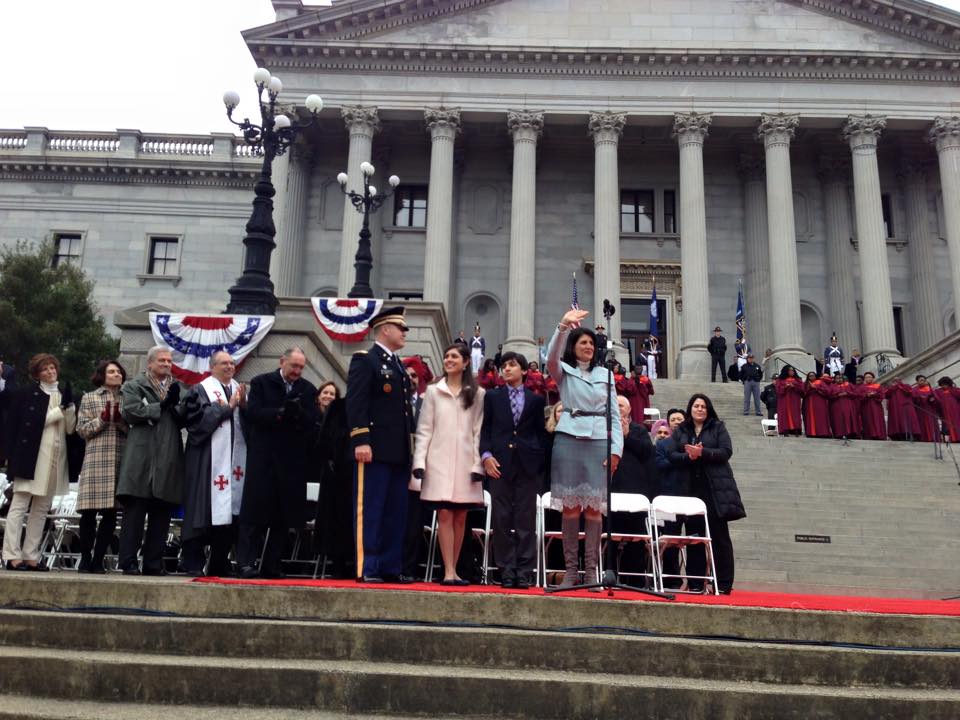 || By FITSNEWS || We always like it when people “pick up what we’re throwing down” Or “smell what we’re stepping in” (as the expression goes here in the Palmetto State).

So naturally we should be thrilled that the governor of our state – Nikki Haley – has joined us in questioning whether a legislator’s spouse should be elected to a powerful judicial branch appointment (by the legislator’s colleagues in the S.C. General Assembly, no less).

We’re referring of course to the upcoming judicial election between S.C. administrative law judge Carolyn Matthews and Bill Funderburk – husband of S.C. Rep. Laurie Slade Funderburk.  You know … an insider race which we kind of turned into a “thing.”

Anyway, Haley addressed the issue during a speech in Anderson County, S.C. this week – but we’re told she plans to expound on her remarks in the coming days.

“She apparently is going to make (voting) for Funderburk a test of how broken the system is,” one source with knowledge of the governor’s plans tells FITS.

Haley addressed the race on social media, too.

“It is a major conflict of interest when a legislator’s spouse is allowed to run,” Haley wrote.  “If Funderburk … is elected a judge next week, it will be one more example of cronyism in the Statehouse. Enough of the old guard way of doing things. Contact your legislators and tell them NO this is wrong. We will definitely be showing the votes on this race.”

We don’t say this often, but we agree with Haley (well, more to the point she agrees with us) … but again … does she have a leg to stand on here?

Duh … of course not.

Once again, Haley is practicing the whole “do as I say, not as I do” school of politics.  Which is nothing new for those of you regular readers.

Haley has proposed income disclosure for lawmakers – even though she failed to disclose more than $40,000 she received from a company doing business before the state.  She’s proposed consolidating ethics cases under an independent agency – even though she relied on a corrupt committee of her former peers to evade conviction on a wide range of public corruption charges.  She’s pushed for mandatory recusals from office – even though she failed to recuse herself from votes benefiting her secret employer.  She’s demanded reforms to the state’s Freedom of Information Act (FOIA) – even though her administration illegally deleted emails and deliberately withheld public information from reporters.  And she’s asked lawmakers to correct a flawed election law that resulted in hundreds of candidates being booted from the 2012 ballot – even though she co-authored the statute with her longtime ally, S.C. Rep. Nathan Ballentine.

Now she wants to rail on nepotism?  After she’s also been caught “keeping it in the family” herself?

Again, we agree with Haley on all these various “ethics reform” issues … the only difference?  We don’t have to pray for lightning not to strike us when we talk about them …

Oh … and unlike Haley, we don’t get on board with “ethics reform” bills that would actually make things worse.

Eleanor Kitzman Is Gonna Get PAID