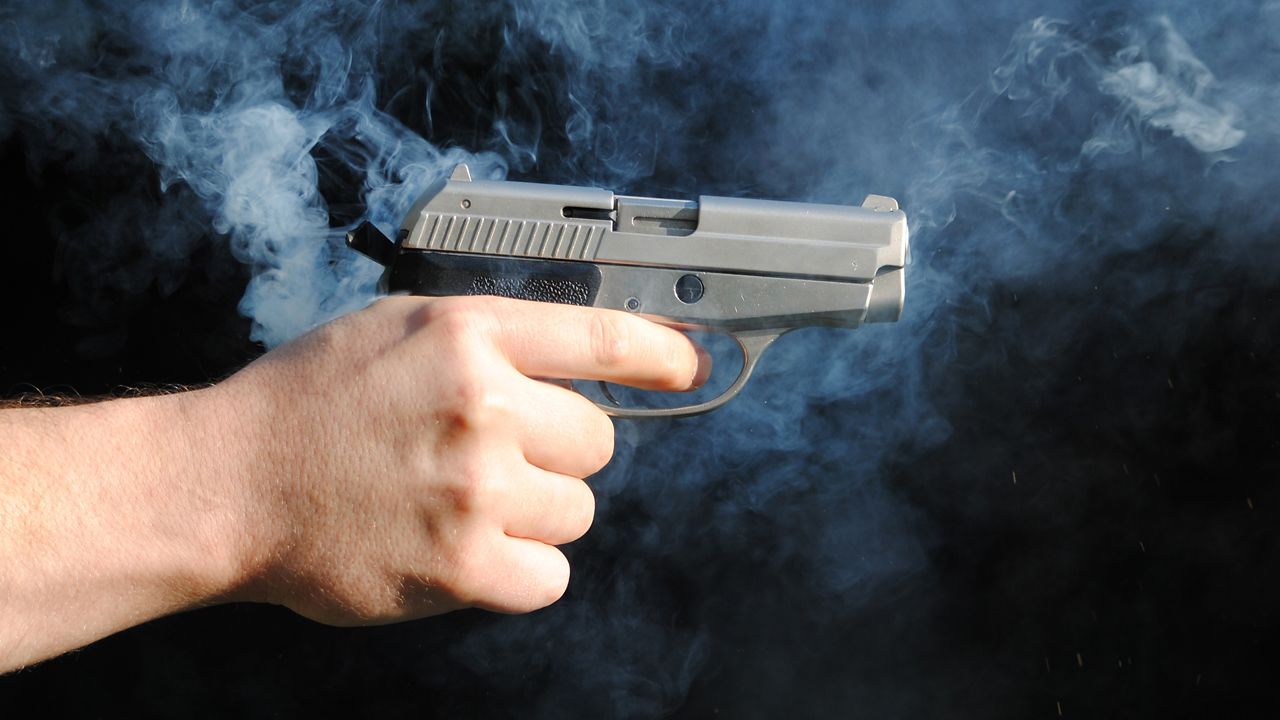 PUT LIVES AHEAD OF POLITICS ON CRIMINAL DOMESTIC VIOLENCE REFORM …

|| By TAYLOR BROWN || What has been said, time and time again, is: “Guns don’t kill people. People kill people.”

S.C. Senator Larry Martin – the primary sponsor of new criminal domestic violence legislation in the Palmetto State – has called this assessment “an absolute farce.”  While I disagree with his sentiment, the fact remains that people – in this case, abusive partners – statistically use guns as a weapon of choice to kill people.  Between 2007-2011, women in South Carolina were twice as likely to be shot to death by their intimate partner as the average American woman, and this rate has been continuously rising.

Moreover, the presence of a gun in CDV situations increases the risk of homicide by FIVE-HUNDRED PERCENT, while during an average month 48 women are shot to death by their current or previous partner.

Why give someone the opportunity and means to end the life of their partner or spouse? Guns, in the hands of abusive people, who couldn’t even control their anger enough to not hit, kick, beat, rape, or abuse their supposed loved one, kill people. It is a simple measure – a common sense measure – to protect the (by and large) women (as well as men) in this State from being shot and killed. Other states that have restricted access to guns for those convicted of CDV have seen 25% fewer shooting deaths by their intimate partners.

Why continue to let tragedies like the one Christian Rainey experienced be a “norm” here in South Carolina? His mother and four siblings were slain by his mother’s partner – some while sleeping.

Why are tragedies like this so commonplace here in this amazing state?

If you don’t get teary-eyed after listening to his statement, that should make you question: Why not?  Why doesn’t this shake you to your core?  Why doesn’t this move you beyond belief?  These are real people.  Real people who will never be able to say goodbye to their loved ones.  Real people who made a difference in their community, who will never be able to wave to you as when you see them in the street or at the grocery store.

These are real people.

S.C. Rep. Peter McCoy served as a prosecutor in the South Carolina Lowcountry for six years – and did a tremendous job in that capacity.  He saw women who were abused by their husbands, and has first-hand knowledge of the effects of CDV on the community.

Both McCoy and I are staunch advocates for the Second Amendment (I have my concealed weapons permit).  Being a Second Amendment supporter seemed to make this issue fairly difficult for him to fully support all aspects of this bill.  But for those who argue against this bill on Second Amendment grounds, bear in mind that women are about ten times more likely to be shot or threatened with a gun than to use said gun in self-defense.

McCoy says the Senate version of the bill has a problem when it comes to the act of confiscating the weapons.  He claims this specific language would put third parties “who don’t need to be there” in jeopardy, and put the “legal responsibility on the third parties.”

He, furthermore, argued that he doesn’t “see how it’s [transferring guns] is Constitutionally legal… or even fair!” and that it is a “slippery slope.”

“What if someone doesn’t transfer their weapon properly?” he asked.  “You would be putting law enforcement in harm’s way.”

Personally, I have issue with McCoy’s claim that this language would put law enforcement in harm’s way.  No law enforcement agency is required to accept and store a firearm that was transferred from a convicted abuser.  If a law enforcement agency (or licensed firearms dealer) choose to store the firearm, they could also charge a fee equal to the cost of storage.  They could even dispose of abandoned firearms.  There is no affirmative new burden on law enforcement.  In fact, according to FBI data, across America, over 150 law enforcement officers have been killed responding to domestic violence disturbances!

This law will save law enforcement lives!

McCoy said his house bill would go more in-depth than Martin’s Senate bill – which is co-sponsored by a diverse group of lawmakers including Katrina Shealy, Gerald Malloy, John Courson, Greg Hembree and Mike Fair.  Specifically, he says his bill will change the criminal penalties and make this a social issue.  It will also offer counseling and education on CDV for South Carolinians.  Finally, it would will change the conditions for issuing bonds for CDV charges.

McCoy also says this bill has an issue reconciling existing federal law with the addition of more gun control measures (i.e. transferring).  He raises a good point when he says that anyone who has been convicted of a CDV has already lost their right to posses a firearm.

Despite his differences with the Senate legislation, McCoy has “made it [his] mission to champion CDV reform” which is “very near and dear to [his] heart… [he wants] to bring awareness and tackle this issue head on.”

I agree – and I think it is incredibly heroic when lawmakers stand behind such an important cause for the people (especially the women) of this great state.

This is a bill that transcends politics – a straight-forward, comprehensive measure that will save lives.

Shame on State Senators Lee Bright and Tom Corbin – who are opposing this bill based purely on politics.  Do the lives of women matter so little to these lawmakers that they’re willing to let political considerations trump their obligation to protect those who need it the most?  Stand up for your constituents, lest you have several less votes due to women being murdered by their partners – something they could have prevented by voting “aye.”

Stand up for the women of South Carolina.  Put their lives ahead of politics.