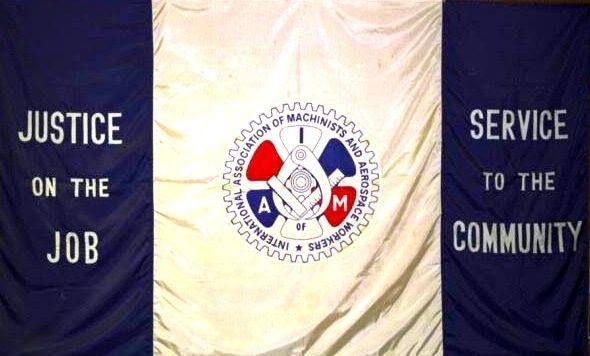 || By FITSNEWS ||  Five-and-a-half months ago, this website published an article entitled “Union ‘Red Shirts’ On The Rise At Boeing’s SC Facility.”

Our story discussed expanded operations at Boeing’s North Charleston, S.C. facility by the International Association of Machinists and Aerospace Workers (IAM) – the labor union with which Boeing negotiates at its main Everett, Washington manufacturing facility.

“The IAM presence on the ground is expanding so you’re gonna see more red shirts on the floor,” one source familiar with the push for unionization told FITS at the time.

That’s a reference to the union’s bright red “I Want The IAM” T-shirts – which have been seen in increasing numbers inside Boeing’s North Charleston plant.

Fast forward to this week, when S.C. Gov. Nikki Haley – a staunch union opponent – confirmed in her 2015 State of the State speech that the IAM was indeed “gearing up to try and unionize the Charleston plant.”

“The IAM cares about one thing and one thing only – its own power,” Haley said. “And the successes of Boeing in South Carolina, and more so, the successes of the non-union workers who populate its ranks, are a threat to the IAM.”

“Like bullies do, the union bosses will try to cover-up those truths and crush those threats,” Haley continued. “But we have beaten back the IAM before, and with the support of those of us in this room, and the good people all across South Carolina, I have every confidence that the Boeing workers in Charleston will see this play for exactly what it is and reject this union power grab.”

According to sources familiar with the IAM plan – Haley’s aggressive comments (and a radio ad she recently cut urging Boeing workers not to unionize) are a preemptive strike.

“Everything IAM has done up to this point is groundwork for a campaign,” our source said.  “That campaign is now starting.”

As much as this website has criticized Boeing in the past (and with good reason), we don’t want to see organized labor gain a major foothold in the Palmetto State … even it if is at the expense of unapologetic crony capitalists.

“Unions serve no purpose other than to artificially inflate wages (and taxpayer costs) so that dues can be paid to a corrupt cabal of leaders – who then use that money to elect liberal politicians who will perpetuate the cycle,” we wrote last year in assessing the latest data regarding unionization in America.