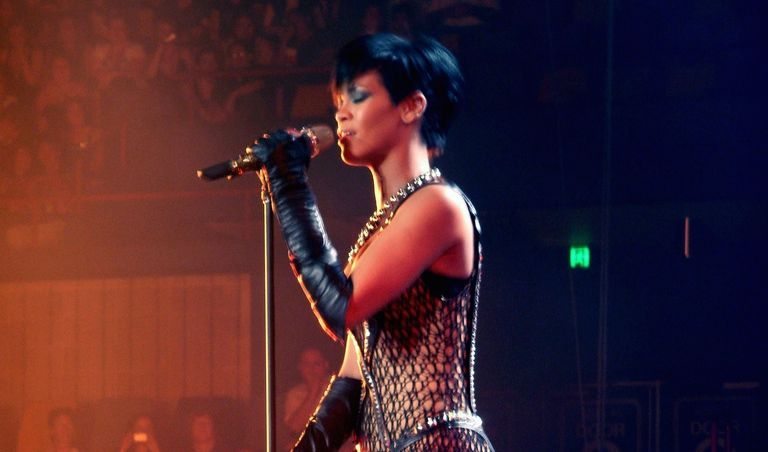 By TAYLOR BROWN || According to an interview with TMZ, recording artist Rihanna said the best part of her recent White House tour was “my President being black.”

Umm? Excuse me? Her favorite part of visiting the White House was the color of Barack Obama’s skin?  How is that not racist?

Imagine the riots that would ensue if a white celebrity said the best part of visiting the White House was “my President being white.”

Is it okay to greet black conservatives with racist slurs while applauding black liberals simply because of their skin color?  For God’s sake, the NAACP didn’t include Love or Scott in their election announcement!

There’s no doubt in my mind racism still exists, but how can we move past it if we don’t take a stand against statements like Rihanna’s; or the statements made against Conservative African Americans daily; or Piers Morgan’s “n-word” article; or the comparison of the Republican Party to slavery (“They gonna put y’all back in chains!”); or sending more White House officials to the death of Michael Brown than to Margaret Thatcher’s funeral.

Condoleezza Rice recently wondered if it meant “you’re not acting black if you speak well and are interested in progress?”

“What are we doing to our kids if we tell them their ethnic identity has to make them unsuccessful?” she asked.

For the love of all things good and holy, it’s not like Obama suddenly became black during Rihanna’s White House trip – six years of Obama’s presidency later, can’t we all just agree to dislike him because of his policies?  Without bringing race into the discussion?

Why, as Liz Lemon requests, “can’t one human being not like another human being? Can’t we all just not get along?”