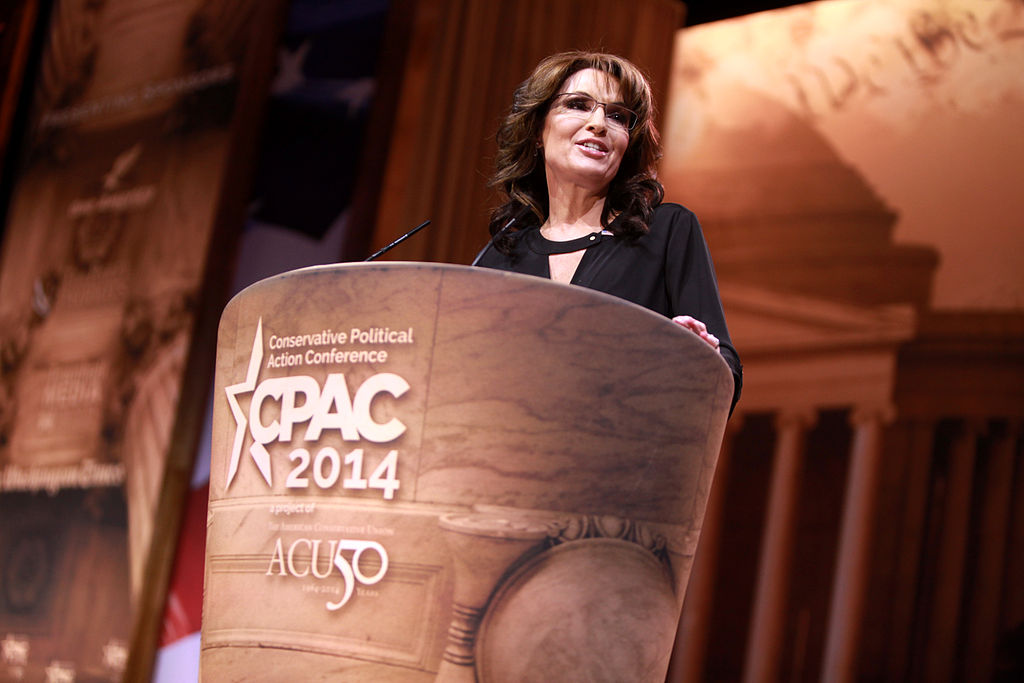 IS THIS A PREVIEW OF THE “FIRST IN THE SOUTH” PRESIDENTIAL PRIMARY?

Don’t get me wrong, I would never vote for her.  She’s had multiple chances to emerge as a substantive voice in the limited government, individual liberty movement … and has failed repeatedly to do so.  Rather than engaging in grown-up policy debates, Palin chose the path of least resistance (i.e. pandering to the intellectually incurious in the same vein as Barack Obama did – albeit from a vastly different ideological direction).

And Palin isn’t a genuine less government gal … she’s one of those “neoconservatives.”

So why would I want Palin to run?  That’s easy: Hits.  Sessions.  Page Views.  Unique visitors (i.e. all the metrics that make the internet go).  Were Palin to run for president in 2016, this website would be littered with traffic.

How do I know this?  Because Palin is always saying off-the-wall stuff, like her recent suggestion that Obama should be spanked for his derogatory comments about stay-at-home mothers.

“On behalf of former and current stay-at-homers, including my girlfriends who still get together to bake cookies for the bake sale … and volunteer to coach kids ball teams, and man the church’s food bank, and entertain latchkey kids, and all that other obnoxiously ‘housewifey’ stuff, the President needs to be spanked,” Palin said this week.

Let me be clear … Palin is absolutely right on this issue.  Obama is way out of line for his suggestion that a mother staying home with her children is “not a choice we want Americans to make.”  My wife stays at home with my four kids … and on top of that she manages to find time to run all of my businesses, craft like a fiend and volunteer at our church.

She – and millions of stay-at-homers like her – are exactly what America needs.

Obama’s comment is indeed insulting – and indicative of a liberal mindset that seeks to cede more and more control of children’s lives from the home to the state (were education takes a back seat to indoctrination).

But Palin’s “spanked” comment – while a boon for web traffic – does little to advance the debate.  It’s vintage Palin – pandering to the lowest common denominator on the right wing of the American ideological spectrum in an effort to maintain her personal relevance.

Still, I hope she runs.  While the national debate doesn’t need Sarah Palin, my advertising sales do.