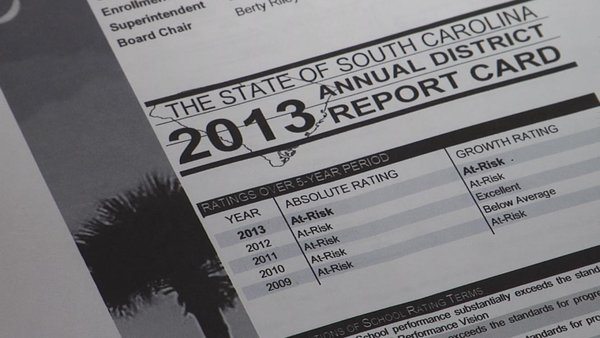 By FITSNEWS  ||  When it comes to the failure of government-run education, Jasper County, S.C. is a case study.  It’s the worst school district in the worst statewide system in America – a breeding ground for generational failure.

Anyway, this week one of the primary architects of this dysfunction – S.C. Senator Clementa Pinckney – sent out an email to the Rev. Joseph Darby, an influential Lowcountry religious leader and NAACP official.  The purpose of Pinckney’s missive?  To rally black support behind the redrawing of electoral lines in Jasper County.

“Please pass to all that maybe concerned with this important issue,” Pinckney wrote to Darby. “Thank you for your cooperation and assistance.”

Darby, of course, blasted Pinckney’s email to his list of black religious leaders.

“Please take note of the info below from Senator Pinckney, share it with your membership and urge folks to show up and – for those who are comfortable in doing so – to speak out,” he wrote.  “It’s a sure bet that those who oppose fairness and equity will be there in large numbers, so we need to be there too.”

Really … those who oppose “fairness?”

Last time we checked, Pinckney had a curious definition of “fairness” when it came to such endeavors.  To wit: Earlier this year the veteran Senator – who is no stranger to enabling corrupt black bureaucrats in failing government-run school districts – pushed through legislation that gerrymandered district lines in Colleton County.

These lines, according to a local newspaper, made “unexplained jumps across obvious natural boundaries they had been following.”

Why did Pinckney do it?  Because school board members had the audacity to fire a corrupt local superintendent who was caught red-handed misusing public funds for personal purposes and hiring felons.  This superintendent was also at the center of a massive grade tampering scandal … calling into question the academic gains she and her supporters frequently touted in defending her administration.

The lines were redrawn so that these board member would lose their seats.

In rallying black churches to support Pinckney’s latest assault on electoral integrity, Darby made an interesting comment about the “large numbers” of parishioners who needed to “speak out.”

“This is especially true for the Jasper County Churches, but I’ve sent this to all of you, since those present won’t know whether the black folks sitting in the audience are from Jasper County or not,” he wrote.

Wow … really?  If that’s not “practicing to deceive” we don’t know what is.

And this is coming from a pastor … to a group of pastors!

We’ve said it before and we’ll say it again but South Carolina’s government-run school system is nothing but taxpayer-subsidized enslavement – with so-called black “leaders” preserving their positions of power and influence by perpetuating the generational abandonment of their own people.

“Pinckney is consumed with maintaining his power and control over the African-American community and perpetuating the hopelessness of black youth by ensuring their education continues to leave them unprepared to function in the real world,” one local opponent of the redistricting tells FITS.

It’s tragic … and no one is doing anything to stop it.   Even so-called “conservative” Gov. Nikki Haley has abandoned the free market reforms needed to turn this system around and embraced the failed status quo.