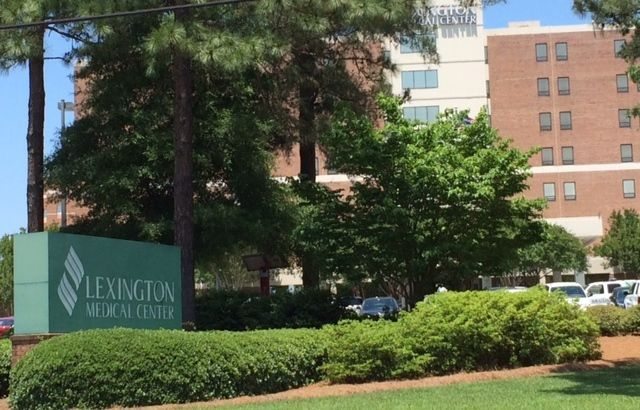 By FITSNews  ||  A South Carolina hospital has been told it cannot perform open heart surgeries or heart catheterizations at its new lab without first receiving the approval of state government.

And no, we’re not talking about an inspection to ensure compliance with health or safety standards … the hospital must prove to the government there’s a market for its new services.

Crazy?  Absolutely … but such is life in “Republican-controlled” South Carolina.

According to administrative judge Ralph King Anderson III, Lexington Medical Center must shut down its new heart facility pending the issuance of a “certificate of need” by the S.C. Department of Health and Environmental Control (SCDHEC).  The hospital operates one other open heart operating room and a pair of heart catheterization labs – facilities the hospital says are “very busy” – but it’s now been ordered to shut down its second heart operating room and a third cath lab.

That’s right … in South Carolina, a government bureaucracy decides whether a new hospital (or hospital program) is viable in the marketplace.  As opposed to, you know … the marketplace .

According to the hospital, patients will be moved around so that no one misses a scheduled procedure … but such logistical juggling strikes us as highly disruptive.

To her credit, S.C. Gov. Nikki Haley has fought to block this arrangement (although the issue is a sore spot for her politically).  SCDHEC director Catherine Templeton has also tried to cut this nanny statism from her agency – although the state’s Supreme Court has blocked her efforts.

Insane … and of course  Lexington Medical is being sued by a rival hospital, Providence, which claims to support this insidious “certificate of need” program because it “protects consumers from high health care costs and preserves the quality of health care services available to all community members.”

They clearly aren’t opening the mail at our house … or the homes of hundreds of thousands of Palmetto State residents who have seen their health care premiums skyrocket in recent years.

Also, our guess is Providence Hospital – which wants to keep the market cornered when it comes to heart-related procedures – would be singing a much different tune if the government were arbitrarily shutting down one of its facilities (and potentially putting its patients in danger).

Can’t wait to see its commitment to “affordable, quality care” then …

We reject the “certificate of need” program on principle as yet another example of government meddling in the private sector.  We also sternly rebuke the judges upholding this nonsense – as well as Providence Hospital for cloaking its naked self-interest under the guise of its regulations.