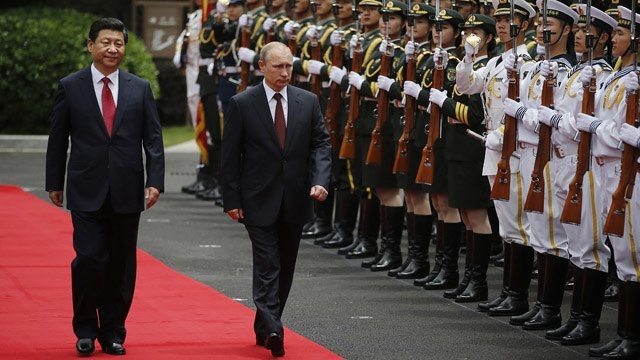 THEY’RE ABOUT TO SEIZE STUFF, CUT OFF EUROPE’S GAS …

By FITSNews  || First off, for the unhip … this is what “bowed up” means.  And “bowed up” is what Russia was last week when it conducted a major military drill.

Why was the bear flexing?

Well … according to The Moscow Times , Russian courts are on the verge of being permitted to seize western assets located within the country’s borders.  The move is not a provocation, it’s a response to the western (read U.S.) sanctions that were enacted in the wake of the crisis in Ukraine.

There again Russia wasn’t provoking, it was responding to a U.S.-led coup that ousted Ukraine’s democratically elected government.

Anyway … we’re just making sure everybody’s got the originating point of all this drama located.

In addition to opening the door to the seizure of Western assets, Russia’s new law would provide state compensation to those whose foreign assets were seized by western governments – like the $40 million Italy stole earlier this week from Arkady Rotenberg, one of Russian president Vladimir Putin’s best buddies.

In addition to its threats regarding the seizure of foreign assets, Russia vowed this week to start cutting gas supplies to several European nations that it caught re-routing gas to Ukraine (which is currently under Russian sanctions).

Putin is playing for keeps in other words …

And why wouldn’t he?  In addition to the provocation in Ukraine, America’s new war against Syria threatens to disrupt Russia’s plan for a Middle Eastern pipeline.  Of course he’s “bowing up.”

Look, we’re not Russophiles.  We don’t like Putin’s crony capitalism, excess bureaucracy or totalitarian tendencies anymore than we like Obama’s.  But last time we checked only one of those men was supposed to be the leader of the “free” world.

Also the last time we checked, we started it … at a time when our economy (and the taxpayers who prop it up) could least afford it.

Bow Down, Barack … Bow Down