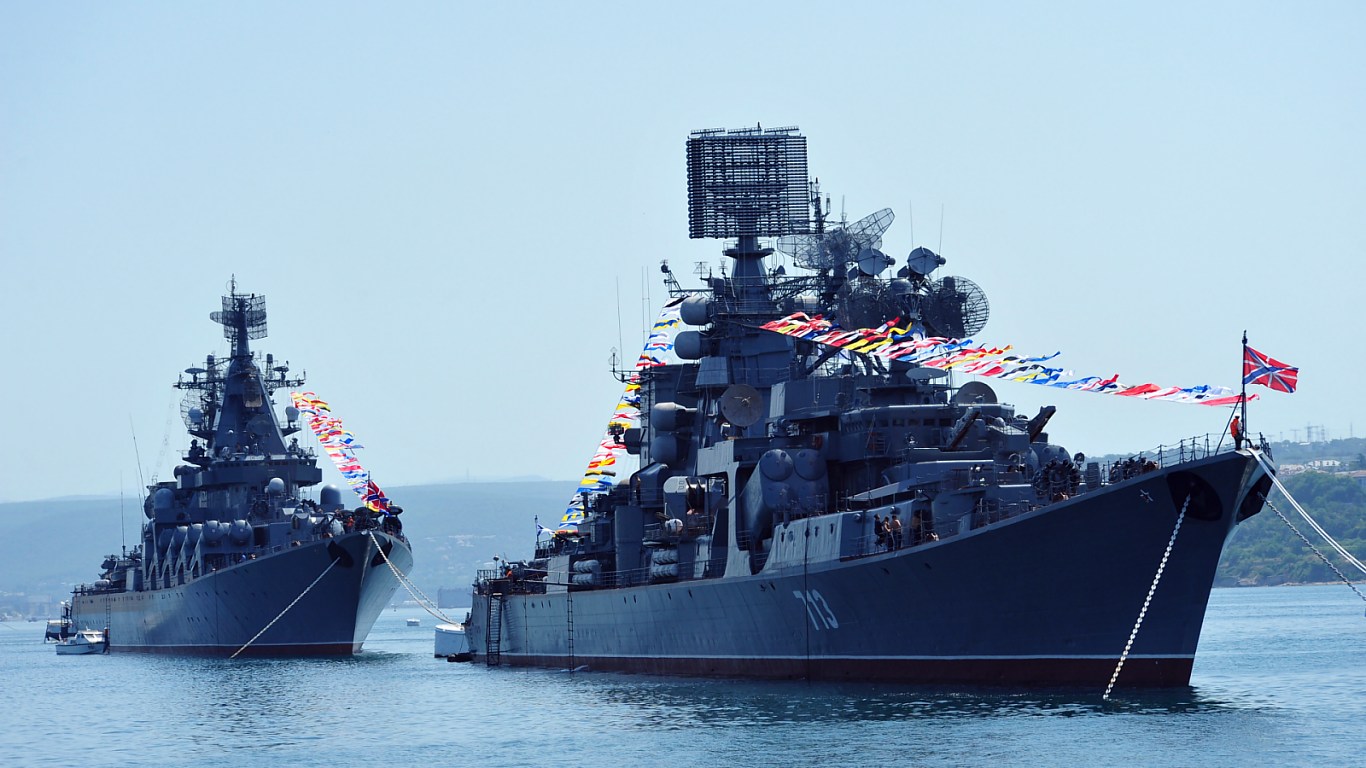 With America’s military machine ramping up for yet another war against “terror,” Russia is putting the United States – and the rest of the world – on notice with a massive round of military exercises.

“The exercises are to continue until September 25,” ITAR-Tass stated.  “The drills are the final stage of a series of command and staff, and special exercises, drills, and surprise inspections in 2014.”

According to the agency, the drills represent the latest “large-scale checkup of the operational readiness” of Russia’s military – which has been ramping up its alert status in response to the crisis in Ukraine.

While Russia flexes its military muscle, American troops are participating in “Operation Rapid Trident” – a military exercise in western Ukraine.  Only 1,300 troops are participating in that exercise, though – including soldiers from America, Azerbaijan, Bulargia, Canada, Georgia, Latvia, Lithuania, Moldova, Poland, Romania and (of course) Ukraine.

The administration of Barack Obama has imposed harsh economic sanctions on Russia – although those don’t carry the same weight anymore.

“The rest of the world is tired of subsidizing the United States government’s enormous debts, and tired of producing and exporting trillions of dollars of goods to the US, only to receive increasingly worthless dollars in return,” former U.S. Rep. Ron Paul wrote recently in assessing the sanctions.

Paul has been a consistent (and consistently correct) critic of America’s hypocritical Ukrainian policy.

Did they finally get the rust off those ships?

Do you hate Christians or America more?

When you eat babies, do you use a fork or do you drill a hole into them and suck out their fluids?

Tell me about both.

When you get butthurt, do you slam your fists into the keyboard and shout or do you go to bed and have a good cry?

I’m a Christian, and not a self-loather… and I love America.. or at least the America that was conceived by our fondling fathers – that is, relatively scum free…

so when Hillary takes office and confiscates your guns and throws your asses in liberal re-education camps, I’ll just love America even more.

BTW, if a guard or educator should remember you from before the revolution, and treat you like a Republican – the rack, body bags full of ice, water boarding… mention my name – or Bez, and things will go easier on you.

You can say *that* again!

I like it!!! and when we are done in the middle east open up a Glass factory and take advantage of all that sand.

Wow, I did not know that China no longer wanted to sell goods to the US. That is good news I think. Unless they will just be replaced by India. Has anyone told WalMart and Costco? When should we start expecting Walmarts to begin shutting down? Do I need to stock up on tube socks and underwear.

Man, you need to catch up on current events! The Arab states are going to pick up where China left off!

I’d take Made in India over China in a heartbeat. Seriously, I’ve been hunting for new business clothing and same brand, same size, same cut, same tag but all clothes from China fits sloppily compared to other imports (the seams are just imperfectly done).

How many more must die in Benghazi before we get a hearing, and the truth?

Sic Willie and his god Ron Paul said we need to dump the NSA, the CIA and downsize the military. The world is so safe now. Just look at those Russian ships. They are probably just bath tub models.

Ann Romney must have fallen off her horse and bumped her head.

Last time I saw that Russian warship was during the 2012 DNC National Convention…they used it as a prop to represent the US Navy…what ignorance the Dems display in the arena of national security!

Why don’t we skip the middle man and attack China and North Korea?

What did Bennett Presser say?

At least Russia has a leader that stands up for his country. But then this isn’t Obummer’s country. I sure do miss W.

Yes sir. 93 million people did not vote in 2012-30 million did not vote because Romney was a Mormon
Big mistake. Romney is a decent human being that loves this country. God help us all as Obama plots everyday to destroy this nation…..I mean transform this country….. :-)

Mitt Romney was a vulture capitalist who took over corporation stripped them of their assets, sold them out to foreign interests and fired all the employees, and pocketed the profit. He would have done the same to the entire country given the chance. If you believe he was so great I suggest you run him again. Or some other politician who wants to sell the country to the Koch brothers.

Yes we all miss the dynamic duo who lied to get us into an unnecessary war; dumped three trillion dollars of taxpayer money into the Iraq desert, with nothing to show for it; gave hundreds of millions of dollars in war profits to Halliburton, and then allowed them to move their headquarters to Dubai so they would not have to pay taxes on it; left the country in the middle of the biggest recession since the great depression; and prior to leaving office organized the biggest wall street bail out in history at the expense of the middle class. Boy, what’s not to like? They accomplished so much in so little time.

Hey, despite rumors to the contrary, Elephants have a very short memory.

Weather in Iraq, Afghanistan or Syria Russian military equipment has been reduced to trash in seconds.

” Weather in Iraq, Afghanistan or Syria Russian military equipment has been reduced to trash in seconds.” I see that all those AK-47s are just dissolving as I write this.

Did anyone else see the flags on the bows of these ships and think “Whoa, maybe the South didn’t lose that war after all?”