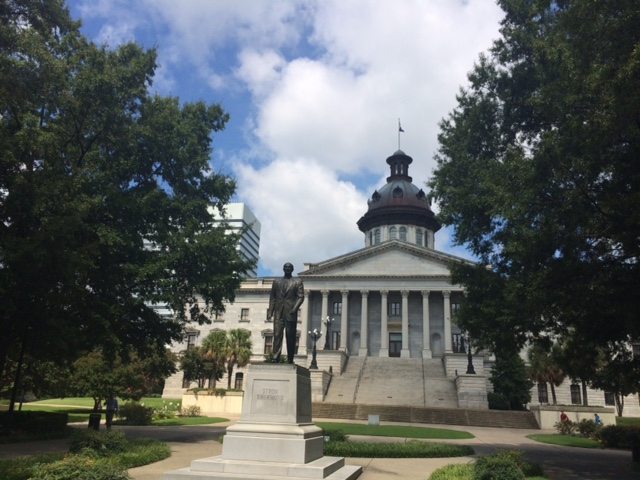 By FITSNews  ||  It’s not often this website admits it was wrong about something … because let’s face it: This website is not often wrong … about anything.

And in addition to being a fount of truth and wisdom, we’re humble?

Anyway, we were wrong on one issue: Term Limits.  Sure the concept sounds nice – and we applaud lawmakers who limit themselves to a specific number of terms – but at the end of the day the notion is fundamentally anti-democratic.

Yet while we no longer support term limits at the ballot box, we do embrace them for leadership positions – at the local, state and federal level.  The old quote from British Lord John Dalberg-Acton – “power tends to corrupt, and absolute power corrupts absolutely” – rings truer today than when it was penned back in 1887.

Permitting the same politicians to remain in leadership positions in perpetuity fosters an environment of favor-trading and corruption – one in which the merits of a proposal or an expenditure take a back seat to back room deal-making.  Imposing term limits on legislative leadership posts and committee chairmanships obviously wouldn’t eliminate such shadiness – but it would remove a powerful incentive to behave badly by limiting the ability of one politician to wield disproportionate influence for too long.

Accordingly we’re pleased to see a movement of state lawmakers – led by Speaker Pro Tempore (and acting Speaker of the House) Jay Lucas – embracing the notion of term limits for these critical positions.

Sources tell FITS Lucas and his fellow reform-minded legislators haven’t agreed upon a specific rules package yet – but word is they are looking at six-year limits for all House leadership positions as well as chairmanships of committees.

We support that … for both the House and the Senate.  Moreover, we would encourage lawmakers to enact the measures not just as internal changes to their respective chambers, but as statutory and – if necessary – constitutional fixes.

Again, this proposed rule change is not a panacea for eliminating corruption in Columbia – but along with other reforms it could represent a good first step.