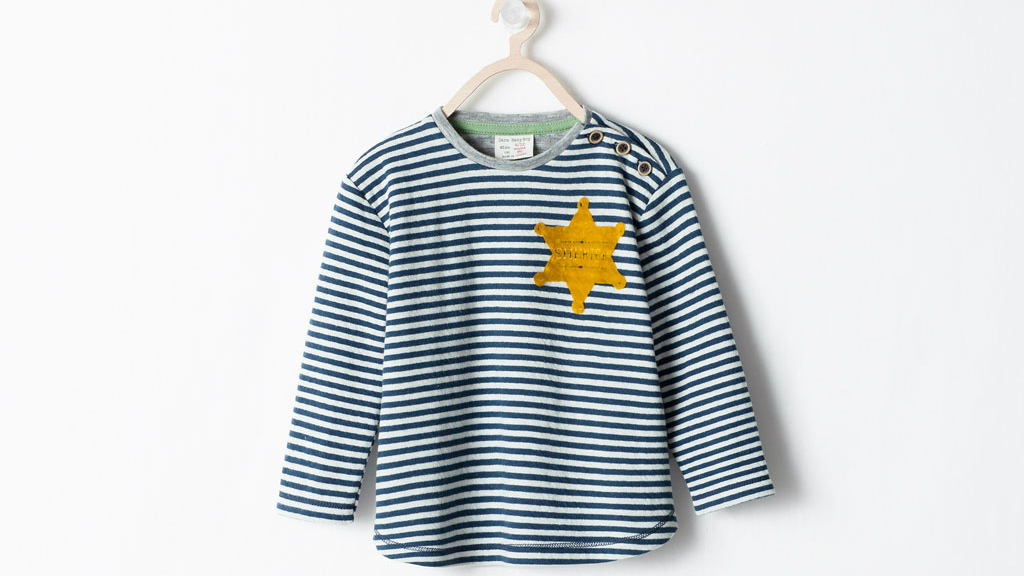 WHEN A SHIRT IS JUST A SHIRT …

By Mande Wilkes  ||  The thing about being Jewish is that people simultaneously rue and elevate you.  It’s a natural sentiment, I guess, toward a race that has been historically mistreated yet so many of whose members are luminaries of media, law, technology, and medicine.  It’s why no one considers Jews a minority, though numbering less than two percent of the national population, we’re not only *a* minority but *the* minority.

Point is, at once pitied and celebrated, Jews occupy a strange little sliver of the American psyche.  Over the years this has manifested in some interesting ways, my favorite example being the entire premise of “Dirty Dancing,” which featured a saliently Jewish father in the dual roles of abortionist and medical hero.

Presently there’s a ruckus about a women’s shirt sold by niche retailer Zara. (For what it’s worth, Zara’s whole line of clothing is boring and overdone and so last year.)  Anyway, appliqued in the upper corner of the shirt is a yellow Star of David.

Yes … sort of like the one that the Nazis made Jews wear in Europe to designate them.

Now keep in mind that for its part, Zara advertised it as a “sheriff’s shirt,” with the star-shaped applique meant to represent a sheriff’s badge. That certainly rings true to me, because as I sit here looking at it, it looks way more like a “badge” than a Star of David.

But that’s besides the point, because by now the “Holocaust” narrative has penetrated headlines, causing Zara to pull the shirt from shelves.

Can you guess why this story is so resounding to Americans? It’s because it coincides nice-and-neat with the other big news stories unfolding now – the unrest in the Mideast. It’s just another tool in the shed for people who want to be convinced that there’s a “growing strain of anti-Semitism.”

It’s annoying to me, as a Jew, because that simply doesn’t feel like what’s happening at all.

Right now Americans are striking a delicate balance between remembering past Jewish suffering and recognizing current Jewish preeminence, and I worry that needlessly alarmist non-stories will tip the scales. I for one don’t want to get to the point when any oblique reference to Judaism – like the star on Zara’s blouse – causes a kerfuffle.

Because not everything is a metaphor or an allusion or a harbinger. Sometimes a shirt is just a shirt, is what.