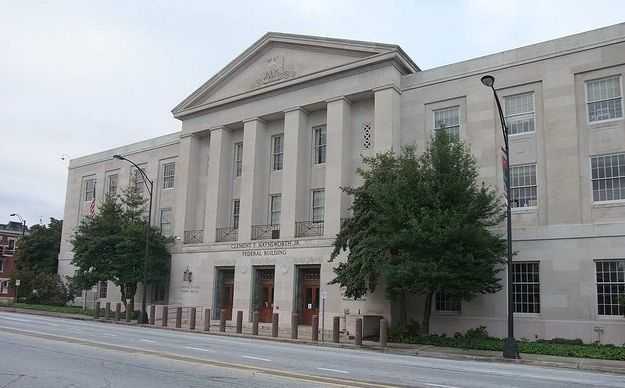 The Clement F. Haynsworth federal building in downtown Greenville, S.C. will be the site of a massive anti-illegal immigration rally this weekend, organizers of the event tell FITS.  And incumbent “Republican” Lindsey Graham – currently in a four-way battle to win a third term in the U.S. Senate – will be a top target of their criticism.

“This is our fifth rally to secure the border and stop illegal immigration in eight years,” says William Carter, chairman of the S.C. Conservative Action Council.  “In 2006 over twelve hundred people attended our first rally to expose Lindsey Graham’s support for amnesty. This massive showing must be repeated to send a message to the South Carolina Congressional delegation that the people of South Carolina oppose amnesty for illegal immigration.”

This year’s crowd is expected to be especially large in light of the ramp-up in immigration-related rhetorica – and efforts by some local politicians to turn South Carolina cities into “sanctuary cities” for undocumented minor children.

Organizers of this event say they’ve been paying close attention to the current “crisis,” and are enlisting “Republicans,” taxpayer advocacy groups and Tea Party organizations to help join their protest.

According to Carter, U.S. president Barack Obama has “rigged this border-children affair in an attempt to force the Congress to support amnesty.”

“He has violated the Constitution and is encouraging others by his lawless acts while encouraging a massive influx of illegals, some of whom harbor virulent diseases or political beliefs and have absolutely no regard for our laws,” Carter says. “His goal is to import revolution by creating a man-made crisis on the border as an excuse to import millions of new Democrat voters. His goal is a one-party dictatorship!”

Wow … and you thought we were critical of Obama!