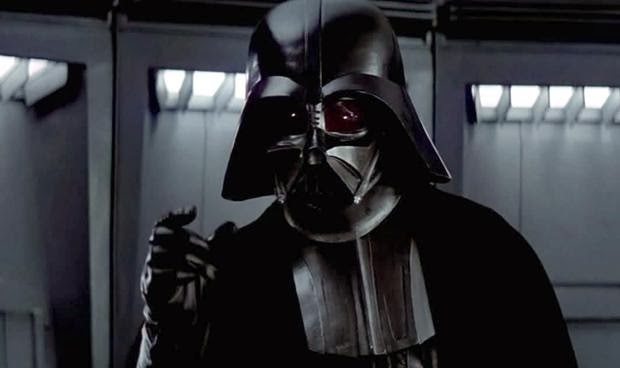 Star Wars ‘ villain Darth Vader – the fallen Jedi Knight and most infamous of the Sith Lords – is currently polling higher than any prospective candidate for the presidency of the United States.

According to a poll released by The New York Times‘  FiveThirtyEight website, Vader is viewed favorably by 58 percent of the country and unfavorably by 30 percent.

If they could, conventional political candidates would be dropping like Imperial All-Terrain Scout Transports tripping over Ewok booby traps.

Christopher Ingraham over at The Washington Post  has juxtaposed the data from FiveThirtyEight.com with the latest Gallup ratings for likely 2016 candidates.

“Make of that what you will,” Ingraham notes, referring to Obama’s proximity to the Dark Lord. 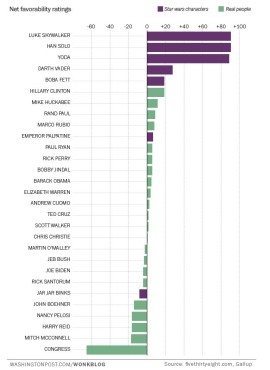 It’s easy: People love Star Wars .  And hate their political leaders.  Sounds like a recipe for the creation of a benevolent free market dictatorship if we’ve ever heard one … you know, as long as we get to wear the Vader mask.

The “Maryland Mob” Has Some Serious Work To Do