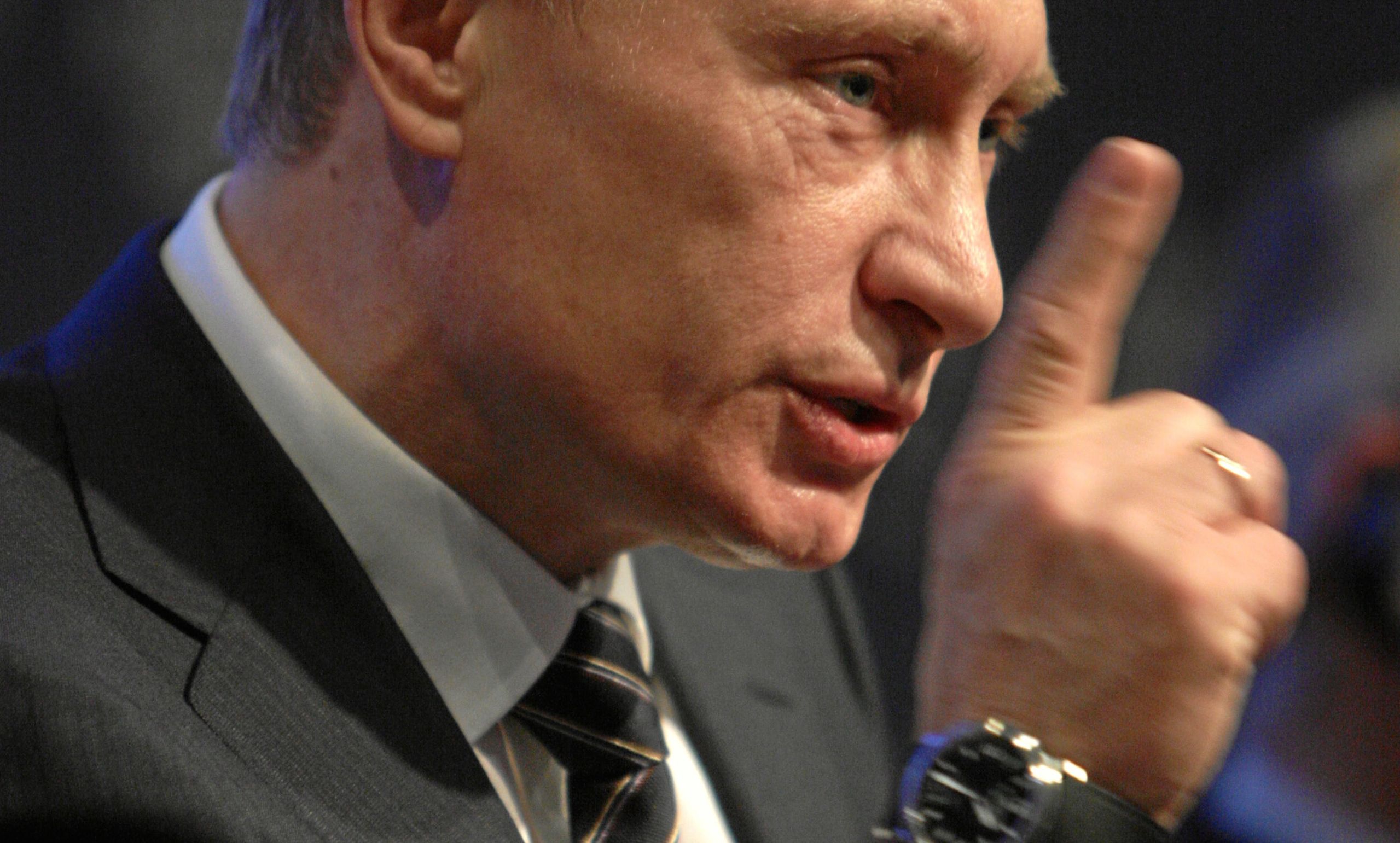 Russian president Vladimir Putin has been fitted for a black hat in the downing of Malaysian Airlines Flight 17 over Ukraine.

Former U.S. Secretary of State Hillary Clinton has point blank accused him of shooting the plane down (killing all 298 passengers and crew), while U.S. Sen. Dianne Feinstein ratcheted up the tough talk during an appearance on one of the Sunday morning government propaganda organs … err, political talk shows.

“This has become a huge human drama, and I think the nexus between Russia and the separatists has been established very clearly, so the issue is where is Putin?” Feinstein told CNN. “I would say, ‘Putin, you have to man up. You should talk to the world. You should say, if this is a mistake, which I hope it was, say it.'”

Feinstein added “the world has to rise up and say, ‘We’ve had enough of this.'”

Meanwhile current U.S. Secretary of State John Kerry is channeling the Dallas Police Department (c. 1963) in placing the blame on Russia for the downed Boeing 777.

“It’s pretty clear that this is a system that was transferred from Russia in the hands of separatists,” Kerry said.

Unable to dupe Americans into supporting a war back in March (after a U.S.-led coup ousted the popularly elected government of Ukraine), the U.S. military-industrial complex is clearly back for another bite at the apple.

Their goal?  To launch a new military operation in the region – or, if that doesn’t work, at the very least justify keeping tens of thousands of American troops stationed at military bases throughout Europe (where they have absolutely NO  business being stationed).

Seriously … if the world is focused on some crazy Russian running around shooting passenger jets out of the sky, they won’t be focused on tapped out American taxpayers subsidizing the defense of wealthy European countries.

In fact “hell to the no.”  To both questions.

Don’t get us wrong: If a foreign leader is found to have killed U.S. citizens (or is engaged in a credible plot to kill U.S. citizens), then the American military should travel to the ends of the earth and greet that leader with the fury of God’s own thunder.

But that’s not what happened here … and no matter how bad the American “War Gods” want a scuffle right now, nothing about the Ukrainian crisis justifies any U.S. intervention.