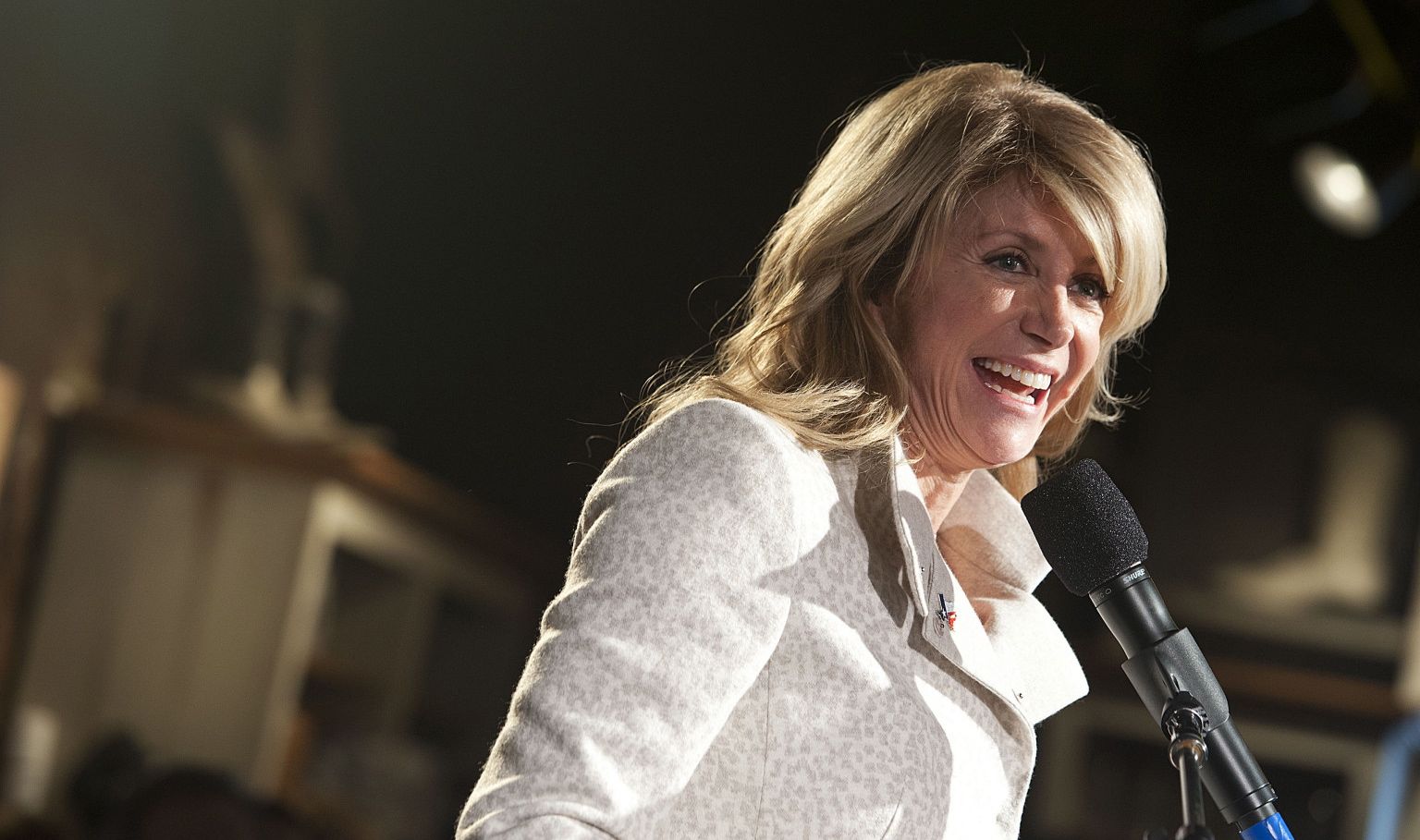 A remarkable thing happened in Texas last night (and early this morning). It began on the day before the 10th anniversary of the death of Senator Strom Thurmond (R-South Carolina), who, in his attempt to filibuster the Civil Rights Act (CRA) of 1957, holds the record for the longest filibuster in U.S. history at 24 hours and 18 minutes … and ended on the actual anniversary of his death.

Thurmond ultimately lost that battle, but his act of dissent lives on as legend.

In another attempt to use the filibuster to block legislation, Texas state senator Wendy Davis (D) rose to filibuster SB 5, an omnibus abortion bill that would have criminalized abortion after 20 weeks and forced all but five of the state’s abortion clinics to close their doors. Because of Texas’ size and population, Planned Parenthood’s Cecile Richards insisted that SB 5 would amount to a “virtual ban” on abortion services in the Lone Star State.

Davis’ action was an attempt to prevent the bill, which was not supported by a majority of Texans but was being rammed through the GOP-controlled legislature, from passing before midnight on June 25, the end of a special legislative session called by Texas Governor Rick Perry.

Davis’ filibuster lasted nearly 11 hours – during which time she was not allowed to sit, lean against a desk, eat, drink, go to the restroom, or talk about anything unrelated to SB 5. Eventually it was stopped based on disputed procedural grounds, eliciting loud protests and disruptive chants from the supporters gathered in the chamber, many of whom were arrested and removed. After much discussion and confusion on parliamentary matters, a vote was taken, and the measure passed as expected, 19 to 10. But after more dispute, premature reporting and actual changing of the time stamp of the vote (captured on screen shots) from just after midnight on June 26 to just before midnight on June 25 to record it as taken in time for the deadline, TX Lieutenant Governor David Dewhurst (R) declared that he could not sign the bill in time due to “all the ruckus and noise going on” in the capitol building, effectively killing it.

Dewhurst denounced the protesters as an “unruly mob.” Democrats who urged them on called the outburst democracy in action.

Regardless of whether you agree with the reason Sen. Davis was stalling SB 5 yesterday, true filibusters are good for the democratic process and for driving attention to issues that come before our nation’s legislative bodies.

In practice, a filibuster is any tactic used by the minority to prevent a measure from being brought to a vote. Recently, senators in the United States Congress have relied heavily on the cloture rule, which requires a supermajority (60 votes) to end debate on a bill, to simply threaten to filibuster to prevent legislation from passing, rather than submitting themselves to the physical rigors of a true filibuster, which requires one to stand in place and speak for hours on end. Such “silent filibusters” have been widely criticized as a perversion of the true spirit of the procedure and of democracy itself. In fact, they prompted a debate in the Senate earlier this year over the filibuster itself and the issuing of new rules that remove the requirement of 60 votes in order to begin debate on legislation. But 60 votes are still required to overcome a filibuster to pass legislation and confirm nominees, and the “silent filibuster”—where senators can filibuster even if they leave the floor—remains in place.

The last time an old-fashioned talking filibuster was used in the U.S. Senate was when Sen. Rand Paul (R-Kentucky) rose on On March 6, 2013, to stall a vote on John Brennan’s nomination for the position of Director of the Central Intelligence Agency (CIA), demanding an answer from the Obama Administrarion to the question: “Should a President be allowed to target, and kill an American by drone attack, on American soil, without due process?” Brennan was the main architect of the drone program that Paul opposed on civil liberties grounds. Paul’s filibuster lasted 12 hours and 52 minutes (before he finally had to yield the floor to use the restroom), making it the 9th longest filibuster in U.S. history. Brennan was eventually confirmed, but Paul did succeed in receiving an answer from U.S. Attorney General Eric Holder on his question in a letter from the Attorney General the next day:

“Dear Senator Paul: It has come to my attention that you have now asked an additional question: “Does the President have the authority to use a weaponized drone to kill an American not engaged in combat on American soil?” The answer to that question is no.”

Paul said he was satisfied with that answer. Thus, the attention garnered by Paul’s filibuster spurred the Attorney General of the United States to answer definitively Paul’s question about drone attacks, a question he had been trying to get an answer to for months. That, like what happened in Texas last night, is democracy in action.

The bill that Strom Thurmond filibustered ultimately passed. The nomination that Rand Paul filibustered was ultimately confirmed. The bill that Wendy Davis filibustered died. Regardless of the outcomes of these heroic acts – and they are heroic, given the physical demands required by a true talking filibuster – by legislators who know they are in the minority on a particular issue, this mechanism of dissent by the  minority must be preserved in a representative democracy. Any senator, whether a national representative or a state one, who is willing to literally stand up to the majority to have her voice heard and her opposition recorded for posterity, is the embodiment of the democratic spirit in this country.

Defense Of Marriage Act Struck Down