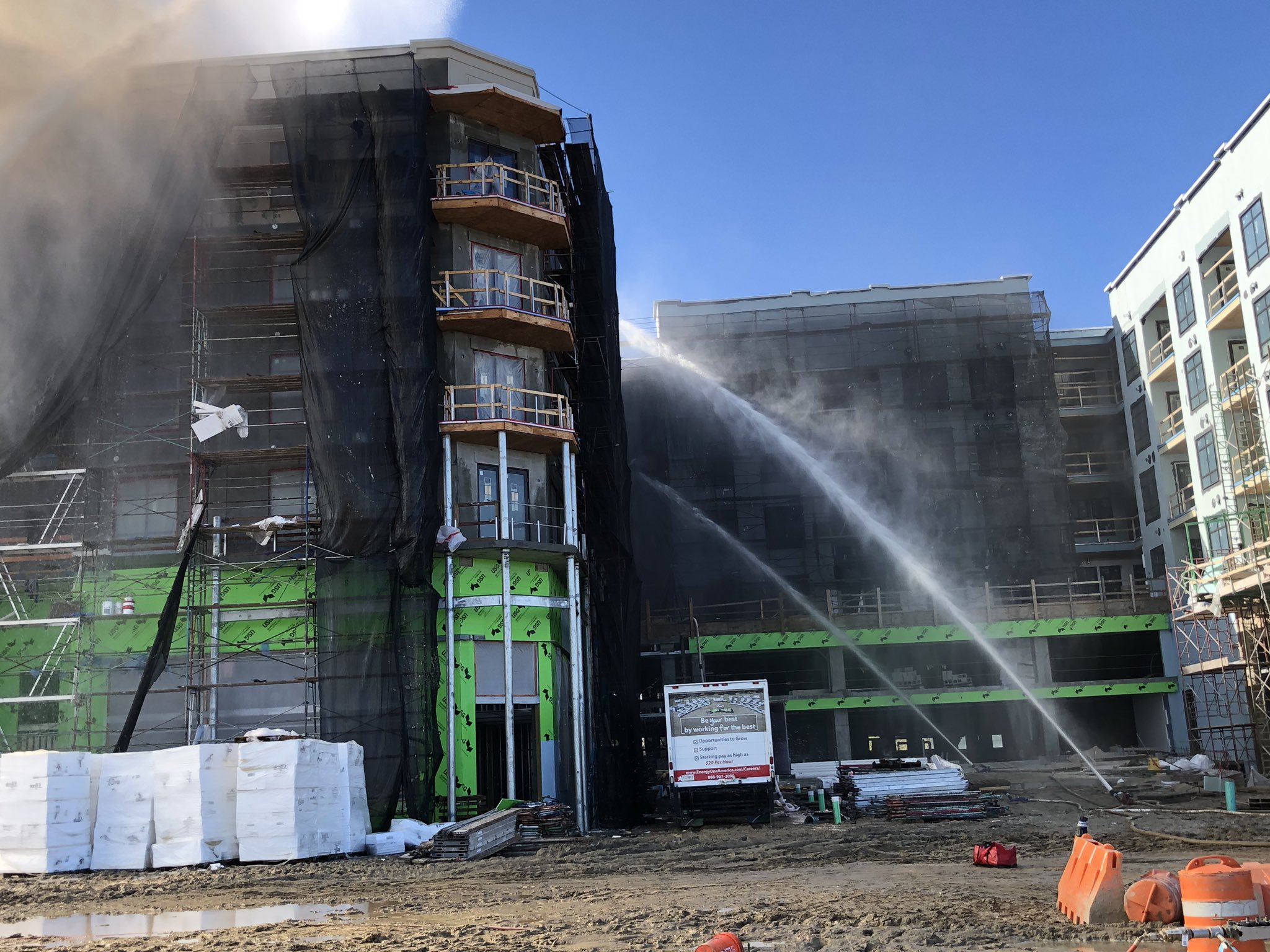 More than three hours after a massive fire engulfed a large construction site in downtown Savannah, Georgia, crews were still battling the blaze.

Savannah Fire Department officials said 20 crews were still working to extinguish the fire at the Eastern Wharf complex just after 5 p.m. Thursday. The fire was reported around 12:30 p.m.

Officials said crews from Pooler and Garden City joined to battle the 3-alarm fire around 6 p.m.

Savannah officials no injuries were reported in the massive fire at the construction site located on the east side of the downtown area along President Street.

Savannah Police have blocked off Bay Street between East Broad and East President streets. General McIntosh Boulevard is also closed. Motorists are asked to avoid the downtown area as emergency vehicles were making their way through the city.

Savannah mayor Van Johnson called the fire an “extraordinary event” and said he was very thankful there were no injuries or deaths in the massive fire.

Johnson said officials do not know the cause of the fire as of 2 p.m. Thursday.

He said the Savannah fire chief himself was suited up and fighting the fire.

Power has been cut off in some areas surrounding the Eastern Wharf complex.

More than 300 luxury apartments were being built on this large 54-acre development, according to the Savannah Morning News. The apartments were set to be open sometime this spring. The complex, under construction since 2018, included soon-to-be living, retail, and office spaces.

Smoke and flames could be seen for miles around the downtown Savannah area Thursday afternoon.

Here are the latest videos and photos of the fire officials say they believe started on the fifth floor of the building:

According to meteorologists, the smoke was seen on radar stretching for miles and moving toward the coast.

This story is developing..