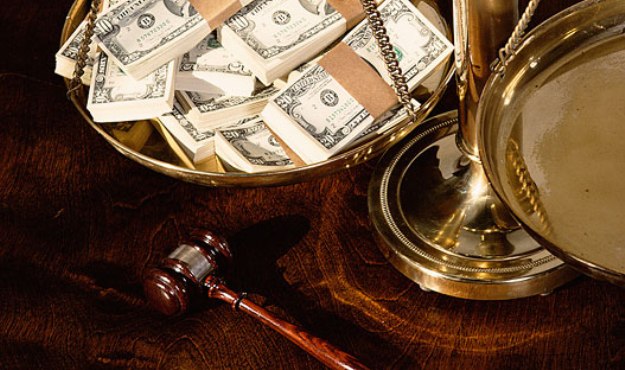 Former S.C. State board of trustees chairman Jonathan Pinson was found guilty on twenty-nine of forty-five charges filed against him by federal prosecutors.

Pinson – indicted last year for his role in a bribery scam – has now been convicted of using his position of public trust to benefit himself financially and politically.  The only question left?  Does he squeal on the powerful politicians reportedly linked to his various dirty dealings.

“I’ll be more powerful than most politicians … I’ll buy the next Congressional seat,” Pinson said on one of the U.S. Department of Justice (USDOJ) wiretaps released during his recent trial.

Wiretaps also revealed Pinson discussing his acceptance of a $110,000 Porsche sport utility vehicle in exchange for getting S.C. State to purchase an 80-acre, $3 million “Sportsman’s Retreat” in Orangeburg County, S.C.

The owner of that property – developer Richard Zahn – paid for a night of debauchery in Orlando, Florida in December 2010 for Pinson and Columbia, S.C. mayor Steve Benjamin, who was reportedly the original target of the federal sting.

Benjamin and Pinson were key players in the Village at River’s Edge scandal – a botched housing project that received at least $8 million in federal “stimulus” funds as well as an undisclosed amount of cash from City of Columbia, S.C. taxpayers.

When he was running for mayor in 2010, Benjamin bragged to The (Columbia, S.C.) Free Times that he had “left seven figures on the table” in selling his piece of the action to Pinson for $500,000.

That boondoggle – which went belly-up last year – is reportedly linked to another, more powerful politician.

As for S.C. State, the school recently received a $6 million bailout from South Carolina taxpayers – even though it continues to be mired in controversy surrounding its mismanagement and misappropriation of funds.