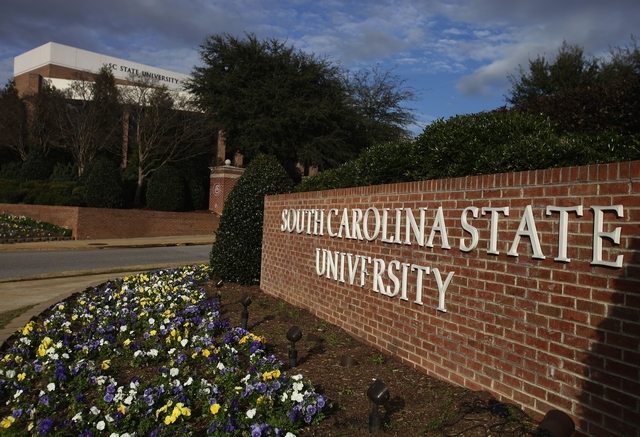 Last week, the Associated Press reported that the government-funded, historically black school had requested $1.2 million of the loan to make payroll -despite its leaders’ previous assurances to the SCBCB that proceeds of the loan would go toward addressing the school’s $14 million deficit.

Turns out the school’s actual biweekly payroll tab is $1.8 million – and S.C. State has two more pay periods to go before reaching the end of state government’s fiscal year.

“That’s what the $6 million was for,” a source at the school familiar with its gross financial mismanagement told FITS. “It wasn’t for outstanding bills, it was for people’s paychecks.”

Not only that, state auditors are reportedly discovering even more unpaid bills as they do their due diligence related to the $6 million loan – debts deliberately hidden from the SCBCB.

“The whole system is deteriorating,” our source said.

Last week multiple sources close to the fiduciary review told us university officials – led by president Thomas J. Elzey – were aggressively stonewalling efforts by state leaders hoping to get an accurate accounting of the school’s finances.

“There is not the high-level participation from S.C. State needed to turn things around,” one of the sources told us.

Another one of our fiduciary sources was more blunt.

“They are lying – about everything,” the source said.

S.C. State has had financial problems for years, yet state lawmakers continue to bail it out using taxpayer funds (while subsidizing its boondoggles … and funding its questionable bureaucratic hires).

When will it stop?

This website has consistently argued that South Carolina’s entire system of higher education should be totally privatized (same thing goes for higher ed across the country).

“It’s time for S.C. State University – and the other thirty-two government-run institutions of ‘higher learning’ in the Palmetto State – to sink or swim based on their ability to prepare students for life in the 21st century,” we wrote last month.

The sooner that happens, the sooner tax dollars stop disappearing into this black hole …

This is an old state government trick. Rack up bills this fiscal year, then pay them with next years cash from the General Assembly. No one notices for a few years, then the State Government does what it can to hide the mess from the voters. State Gov will give money and loans and forgive stuff. In the end, we all pay for it.

Another old trick is to pile up unpaid bills with vendors that can sue, and take that money and pay payroll. Then somebody bails you out of the vendors pay and you get the cash from the legislature.

Kids in O-burg are better off going to OC Tech, although I’m merely assuming they have their shit together. Heck, even if they don’t, at least they’ll finish out with less debt.

This is such a sad situation. But the law should be applied and enforced as it would to any other school or private company or agency. The criminals (administrators) should be held accountable. The fact that the school produces Democrats whose votes can be
“rented” on each election day should not be considered.

I recommend taking away Sen Brad Hutto’s ability to have any involvement in this case if at all possible. Given half a chance, he will sweep it all under the rug so fast you won’t believe it.

What’s sad about it? The place has been in chaos for decades and it shouldn’t be surprising to anyone to the latest findings. Look at one small piece of the campus… The Jimmy Clyburn Center for example. Fucked up from the beginning and still fucked up a decade later with nothing to show for the millions spent.

Was anything produced fifty million dollars later, with the Clyburn Transportation Center? Did they even pour the foundation, is no one accountable for where that money went?

I believe they’ve staked out an area for the building… surveyors are expensive yo. There’s not a swinging dick in Washington or the statehouse with enough balls to question where the money was spent.

Jimmy’s mama probably thought if she had a boy that the guy laying on top of her that night would marry her some day.

Hell, turn the issue over to JC- get him to fleece Washington for the money – he has done it before, why not now

I hope you blow the lid on this place. Mainstream media will not do it (politically incorrect) so someone has to.
Please write about the perks the top exec and board members get!

Some of Nikki Haley’s best supporters are VERY involved in SC State.
They are rich, they give her lots of money. And they have interest that need tending too.

I am beginning to think if those degrees they dish out at SC State are legitimate. Or does everyone get a degree to spite “whitey” then get jobs in state government with college degrees. Solution: Shut down SC State Orangeburg and open bi-racial SC State Beaufort in the Big East Conference.

Can you imagine just how mad certain alumni of this University are about all this fiasco…!!? Think of the administrative workers who have done their job and now stand to be out of a job because of corrupt yahoos…!!!

Lets hope a smart janitor understands how to inform all students about an “Operation Chaos” style action in November to spread the word to help vote out CLYBURN, Scott, Graham, and Haley and School Officials based upon the type of “Oversight” that has occurred with funds over the years…!!!!

Heck, get students at CLEMSON and USC and the Citadel and CofC to boycott all STADIUM games for the next year by having socials in the parking lots or campus Libraries and put it on YOUTUBE for students in Iran and China to cheer for…!!!

Get their student athletes to play and only discuss school accounting transparency after the games on ESPN….!!!

Every time a teacher gives a quiz ….then take the quiz… and then give her or him a QUIZ via their smartphone to put on youtube about teacher involvement in accounting oversight as they leave the room…!!!

This has been a festering sore for the General Assembly and taxpayers as long as I can remember (I’m 62).. For years the powers that be in Columbia have kept this dirty little secret under wraps with the acquiescence of white Democrats, Republicans, the Black Caucus and before the Black Caucus, the Black voting bosses in the counties.

Never has the well being of the school or its students been the primary cause or issue. Votes have been the cause and the issue.

How long will the Black Community in particular, and others, generally, accept the rape of the school’s well-being and the continued mismanagement by incapable and improperly motivated scoundrels?

Can’t we find an acceptable and accountable leader, Black or White somewhere? When will this madness stop?

Man! FITS is really stirring the race pot today and it is barely Noon!

I think this situation is self-stirring.

Reporting news is now an issue of race?

Whats the common denominator between this and Atlantic Bike Week?

The dumbass should have gotten a Porshe like me! I am TOMOCCHIO!!!!!