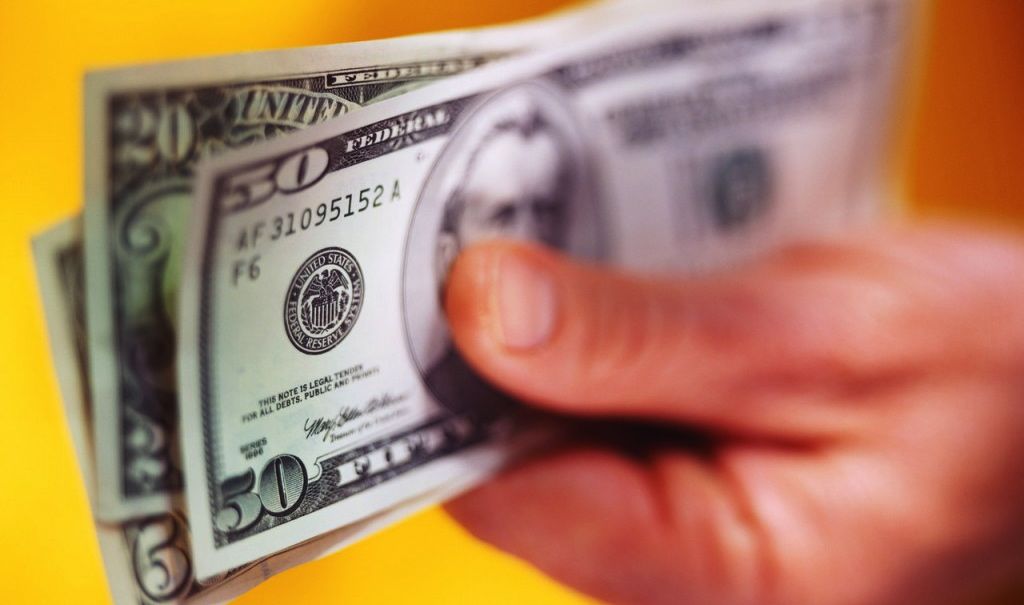 The first quarter of 2014 was a wash for the U.S. economy … or a freeze out of Biblical proportions, according to the command economists who have been shoving the global warming myth down our throats for the last few decades.

Thanks to the weather, though, gross domestic product (GDP) fell by a whopping 2.9 percent – the economy’s worst performance in five years.

The “blame the weather” crowd has prevailed on public sentiment, though – and upbeat analysts are projecting economic growth of anywhere between 3-4 percent in the second quarter of 2014, which ends on Monday.

This growth would be due to “pent-up demand” from consumers who wanted to spend during the first quarter, but were apparently too cold to do so.

Our friends at Zero Hedge  aren’t … and they’ve got data from the U.S. Bureau of Economic Analysis (BEA) to back them up.

Specifically, they’ve got this chart from the BEA showing the “surge” in services spending in April and May of 2014 – which last time we checked represented two-thirds of the second quarter. 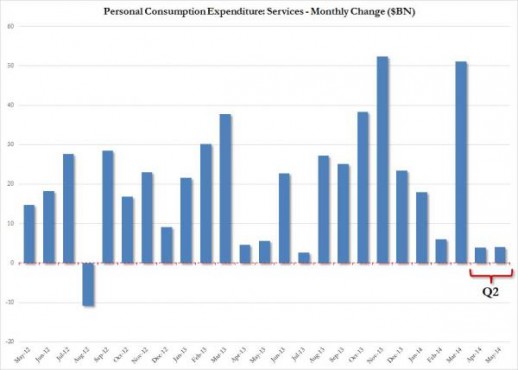 Where’s that “bounce back” everybody keeps talking about?  Good question … if the services spending from April and May are any indication, it’s a figment of the command economists’ imaginations.

For those of you keeping score at home, services spending comprises more than two thirds of America’s GDP and four out of every five U.S. jobs.

If it’s not “bouncing back,” there’s a good chance the broader economy isn’t either …