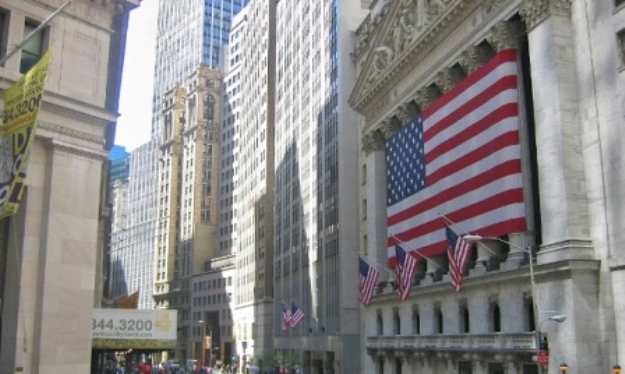 HERE’S THE RESULT OF ALL THAT “STIMULUS”

It’s no secret the federal government’s blitzkrieg of bailouts, stimuli, money-printing and deficit spending in response to the recent/ ongoing recession has not benefited the American people.

Or improved the economy …

Instead, Washington, D.C.’s economic interventionism has made things much worse for those of us subsidizing all this command economic nonsense (and especially worse for our children). Crony capitalism hasn’t been bad for everybody, though. In fact the last five years have been a boon for Wall Street – which has seen explosive growth.

The old argument was always that this was a good thing … rising tides lifting all boats and such … but as the chart below (presented by U.S. Rep. Kevin Brady to Federal Reserve chairman Janet Yellen) demonstrates, that’s no longer true.

While Wall Street is booming thanks to government handouts and artificially created liquidity, the normal families paying for all that are continuing to struggle … 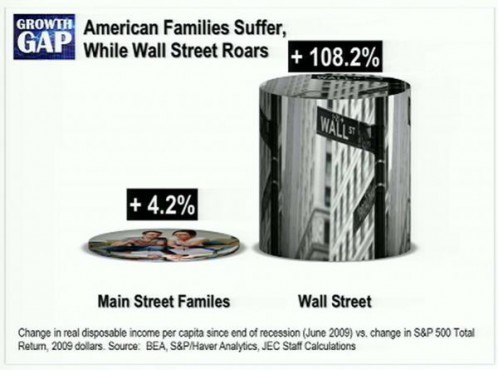 “The only people doing well in this recovery are those who have benefited from the Federal Reserve’s continued monetary morphine that has juiced profits on Wall Street, while family incomes have stagnated,” Brady said last week in a statement.

We concur … and more importantly, so do the numbers.

The U.S. Economy Is Rainbows And Unicorns

The Battle Over Medicare “Part D”