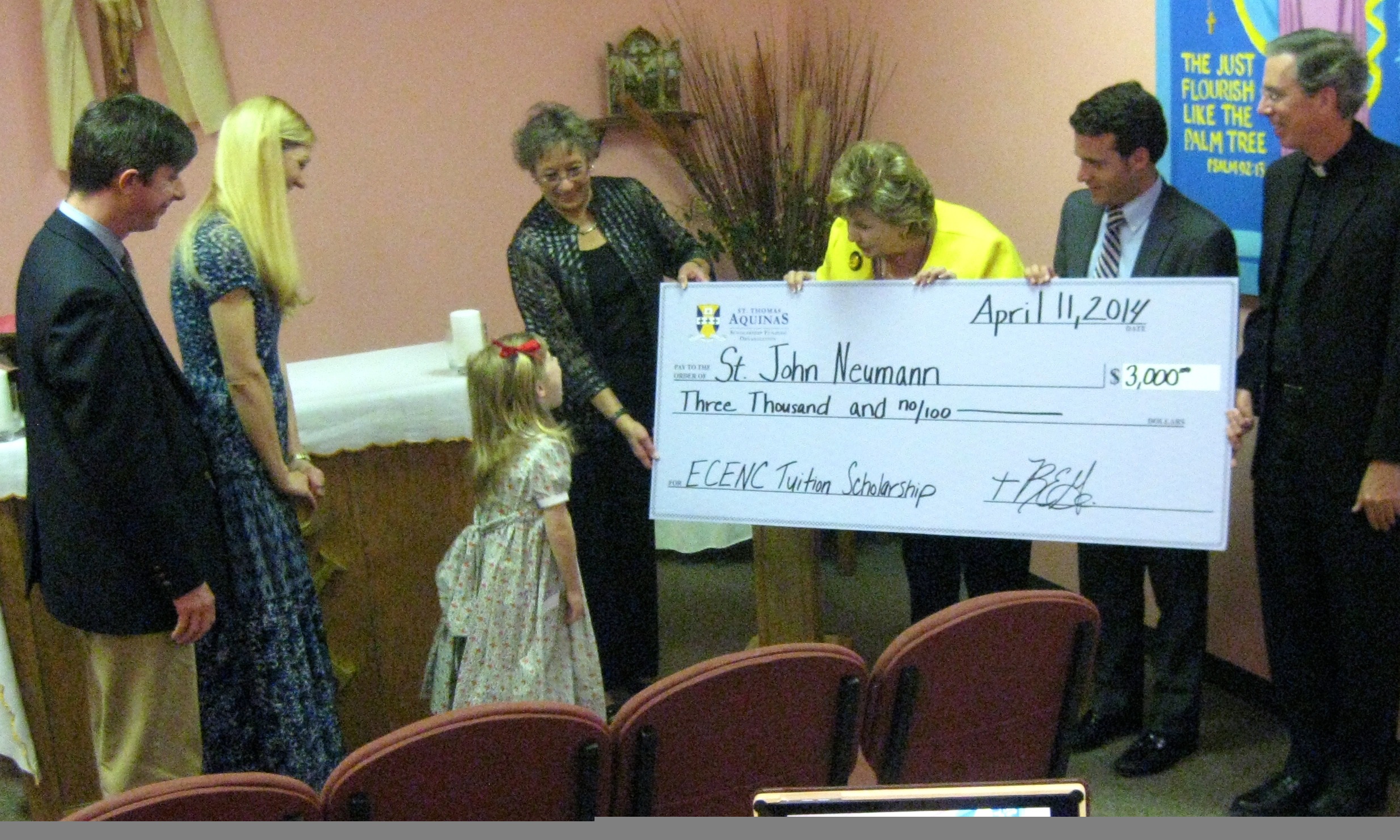 In fact its special needs-only academic scholarship program represents a tiny fraction of the market-based pressure that needs to be brought to bear on the Palmetto State’s worst-in-the-nation government-run school system. Also the program currently only exists as a budget proviso – or a section of the budget that must be reauthorized every year.

Certain state lawmakers fearful of choice have resisted making it a part of permanent law.

Still, it’s a start … a start that is materially improving people’s lives.

She’s enrolled in the school’s de la Salle program – a great example of a special needs program within a traditional private school that blends high-intensity expert instruction with the benefits of inclusion into traditional classrooms and school activities. Like so many other successful private sector programs, the de la Salle program was set up by a former public school special education teacher  – one who knew that only a private school environment could afford her the autonomy and support necessary to design and implement the type of life-changing program she envisioned.

Alexis’ mom explained that she and her husband were told that as Alexis rose through middle school (she’s headed to high school next year), she was to be put into a public school classroom with other special needs kids and would spend all her time there. Given the lack of individualized attention inherent in such a setting, her family saw this a dead end and sought to find a school with a strong sense of community that Alexis could join.

And so Alexis was pulled from public school when her parents realized she would spend no time in traditional classroom settings or be able to participate in any school activities. They were homeschooling her for awhile, but the impact on the family of losing one stream of income progressively grew tougher. Also, as Alexis grew older her parents knew she needed more socialization, so they transferred her to Cardinal Newman.

Now they are receiving scholarship assistance to help defray the cost of tuition.

A bright, precocious little girl who struggles with speech and communication issues, her mom is an educator. She knew all too well that her daughter’s speech issues would likely be mistaken for other developmental or intellectual disabilities. Lorraine’s mom and dad wanted a small classroom size and knew families of children with similar special needs who had thrived at that particular school.

They, too, are now receiving scholarship assistance to help defray the cost of tuition.

This is what choice is all about … investing in life-changing solutions, not more of the same top-down, cookie-cutter failure. And best of all … these solutions are being achieved at a fraction of the cost of government’s failed approaches to special needs education.

These kids were transferred from public schools by parents who were frustrated  – and who were making great financial sacrifices for the daughters they love. They are now at schools that can (and have) innovated to offer highly specialized services in a way that even the best intentioned public school districts cannot – thanks to highly litigious one-size-fits-all state and federal special education laws and regulations.

Why wouldn’t we want to see more success stories like these? And why wouldn’t we extend this program to help low-income children who are also being held back by government’s one-size-fits-all approach?

It makes no sense to keep pouring billions of dollars on failure … especially not when success can be had so cost-effectively in the marketplace.

Special credit goes to S.C. Senators Kevin Bryant (R-Anderson) and Tom Davis (R-Beaufort) – who championed these initiatives at the very early stages. Credit also goes to S.C. Senator Wes Hayes – typically on the wrong side of these votes – for his work in pushing the program forward.

In fact we’re told Hayes has actually helped perfect some of the statutory language for the program in addition to supporting it with his vote.

Also props to Access Opportunity – host of the IndependentEd.org website. This group is coordinating, planning and partnering with the schools, scholarship providers and the parents – driving the movement and providing something truly unique in the national school choice movement.

Who knows? Maybe one day South Carolina will be known nationally for something good in education.