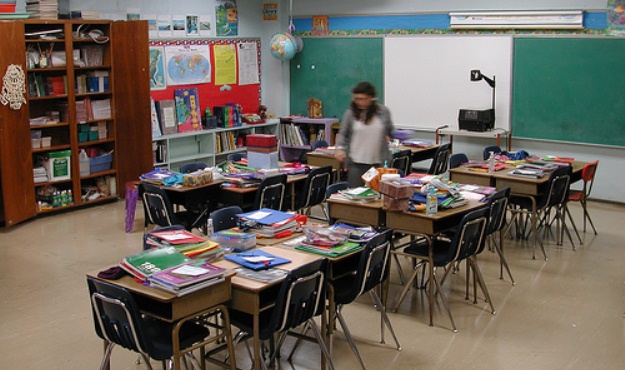 Results of the 2013 National Assessment of Educational Progress (NAEP) – a.k.a. the “Nation’s Report Card” – were released this week, and South Carolina continues to suck wind.

In fact the Palmetto State managed to lose ground from 2011 (when the last round of scores were released).

The results for eighth graders weren’t any better.

In math, eighth graders in South Carolina’s government run schools saw their scores drop from 281 to 280 while the national average climbed from 283 to 284. In reading, eighth grade scores for Palmetto State students managed to climb from 260 to 261 – but that was below the national increase (from 264 to 266).

In other words, in all four scoring areas South Carolina lost ground to the rest of the nation.

“Our stagnant, cellar-dwelling NAEP scores are an epic tragedy of wasted potential,” said Ellen Weaver of the Palmetto Policy Forum, a group that’s pushing a wide range of academic reforms. “We know the answer isn’t throwing more money at the problem. Instead, its time for us to get serious about enacting proven reforms like we’ve seen in Florida, Arizona, Indiana, Louisiana and other states where students at the greatest disadvantage are making the greatest gains.”

“Our moral and economic imperative is to stop wasting the future of South Carolina’s students,” Weaver added.

Lamentably, they have turned a deaf ear to these please – while continuing to pour money into the overflowing coffers of dozens of failed local education bureaucracies. Oh … they (and S.C. Gov. Nikki Haley) have approved millions of additional tax dollars in support of demonstrably failed programs.

After introducing several middling reforms during her 2010 gubernatorial campaign, Haley has spent the last three years totally ignoring the education issue. She’s currently in the process of crafting a new plan … but the fact she waited until the last year of her first term to start addressing the most important issue in the state is totally unacceptable.

Haley also didn’t lift a finger in support of the modest parental choice program for special needs children that was approved by the S.C. General Assembly last year.

Meanwhile Haley’s 2014 rival – S.C. Sen. Vincent Sheheen (D-Camden) – is just as terrible. He’s a die-hard proponent of the state’s failed status quo – and would work to block choice at every turn.

In fact on no issue is the need for a third party in the Palmetto State more glaringly apparent than it is with respect to education.