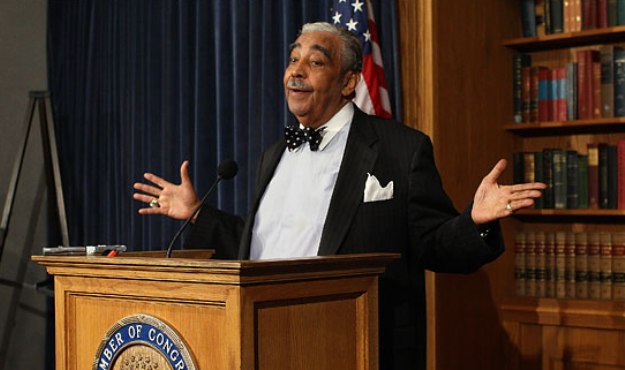 IT’S ALL THE CONFEDERATE FLAG’S FAULT …

U.S. President Barack Obama’s signature socialized medicine law is an unmitigated disaster and his economy “recovery” is sucking more wind than a Dyson vacuum factory. Meanwhile America has become a bad joke on the international stage … as it transitions to third world status here at home.

Naturally, none of this is Obama’s fault … it’s the fault of all those racist tea partiers in “red states,” or so says U.S. Rep. Charlie Rangel.

“They are mean racist people,” Rangel said during an interview this week.

Rangel – like U.S. Rep. Jim Clyburn (D-South Carolina) – plays the race card reflexively whenever anyone criticizes Obama. That’s highly offensive because it presumes anyone criticizing the president is not only a racist – but also too stupid to have a substantive objection.

We’re sure there are plenty of people out there who don’t like Obama because he’s black (well, half-black) … but we’re guessing the real reason most people don’t like him is the piss poor job he’s doing of running this country.