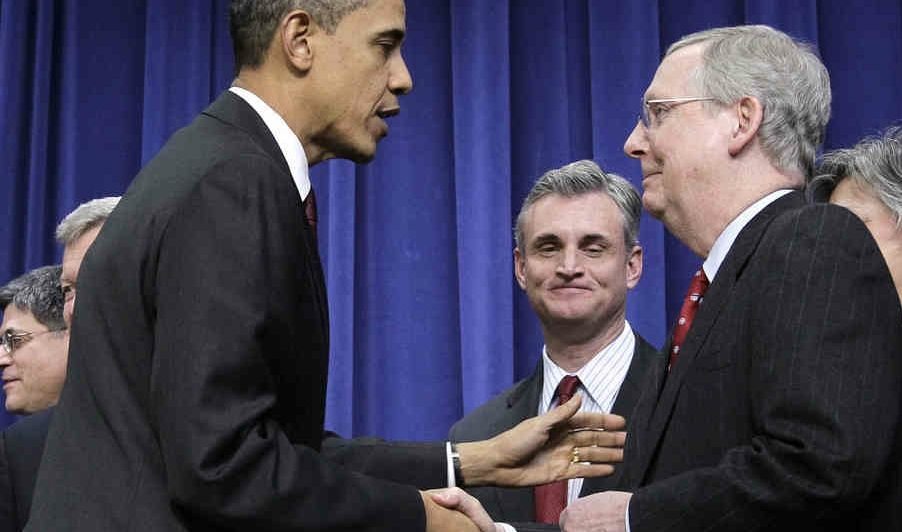 Oh, and that whole “Obamacare” thing isn’t helping, either.

According to the latest Wall Street Journal/NBC News poll, Obama’s approval rating currently stands at 41 percent – a two-point drop from January. That’s a record low for this particular survey.

Meanwhile 54 percent of the country disapproves of the job Obama is doing – equaling a record high.

Obama is also losing his “likability” factor – or the ability to maintain support among Americans who may disagree with his views or disapprove of his job performance.

“The problem for Obama and Democrats in this poll is that his personal likability no longer keeps his overall numbers afloat,” the website HotAir noted.

Talk about fertile ground for third party – or at the very least independent candidates not beholden to either establishment’s failed dogma.

The Wall Street Journal/ NBC poll was conducted from March 5-9. A thousand adults were surveyed, and its margin of error is plus or minus 3.1 percent.