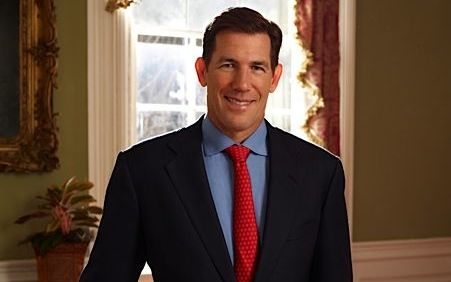 “SOUTH CAROLINIANS DESERVE A SENATOR WHO PUTS THEIR FREEDOMS FIRST”

By Thomas Ravenel || Last month I wrote in several news outlets across the state about U.S. Sen. Lindsey Graham’s shameful attacks on our liberty – and how his cowardly actions must not go unchallenged.

This week a scandal is emerging in Washington, D.C. that underscores the vital necessity of protecting constitutional integrity – and exposes Graham as nothing but a hypocrite on this issue.

Thanks to the courageous actions of former National Security Agency (NSA) contractor Edward Snowden, we learned last year that our government has been habitually violating our Fourth Amendment freedoms via widespread warrantless data monitoring, interception and storage. Lindsey Graham has been among the chief proponents of this assault on freedom. Not only does he support the NSA’s spy machine by funding it to the tune of billions of dollars a year – he once had the audacity to say he was “glad” the NSA was spying on us.

This week the tables turned on Lindsey Graham, as it was alleged that the Central Intelligence Agency (CIA) was secretly monitoring and searching a computer network set up for lawmakers to investigate the agency’s “enhanced interrogation techniques.”

Graham was livid, calling the CIA hack “chilling” and a “constitutional violation of separation of powers.”

“Heads should roll, people should go to jail if it’s true,” Graham said, adding that the legislative branch “should declare war on the CIA.”

Quite a contrast, isn’t it? Lindsey Graham is “glad” when the government snoops through details of your private life (and pours billions of additional dollars into the spy network conducting these unconstitutional searches) but the moment government starts monitoring his computer he freaks out and says “heads should roll.”

I agree with Graham that “heads should roll” – starting with his.

South Carolinians deserve a Senator who puts their freedom first – who will fight for their liberties above his own. Lindsey Graham is once again proving he is incapable of doing that – which is why he must be replaced this fall.

Thomas Ravenel is a former statewide official who resides in Charleston, S.C.