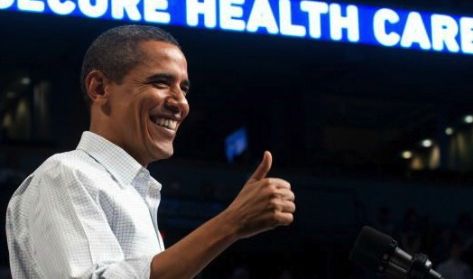 ANOTHER WAY TO PAY FOR SOCIALIZED MEDICINE!

At this point pretty much every word uttered by U.S. President Barack Obama in support of his socialized medicine monstrosity has been proven false … demonstrably.

Yeah … all of that turned out to be 100 percent bullsh*t.

Now let’s address the myth that Obamacare is going to “help the economy.” Really? Tell that to diners in Florida who are being hit with an “Obamacare surcharge” whenever they order food from one of eight Gator’s Dockside restaurants.

“The costs associated with ACA compliance could ultimately close our doors,” a sign at one of the restaurants reads. “Instead of raising prices on our products to generate the additional revenue needed to cover the costs of ACA compliance, certain Gator’s Dockside locations have implemented a 1 (percent) surcharge on all food and beverage purchases only.” 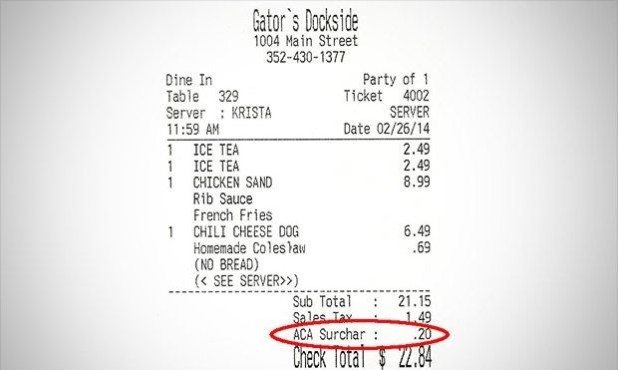 And guess what … the surcharge is only expected to cover around $160,000 of the $500,000 in Obamacare-related costs being incurred by this restaurant chain each year.

Hope and change, people … with the change (once again) coming out of your pocket.

Excellent point, Brady! FITS has consistently opposed global interventionism and Medicaid expansion – to say nothing of the prior administration that (also) foisted them upon us. But that’s an excellent point you made with your tweet …

Manning: Bullies On The Left