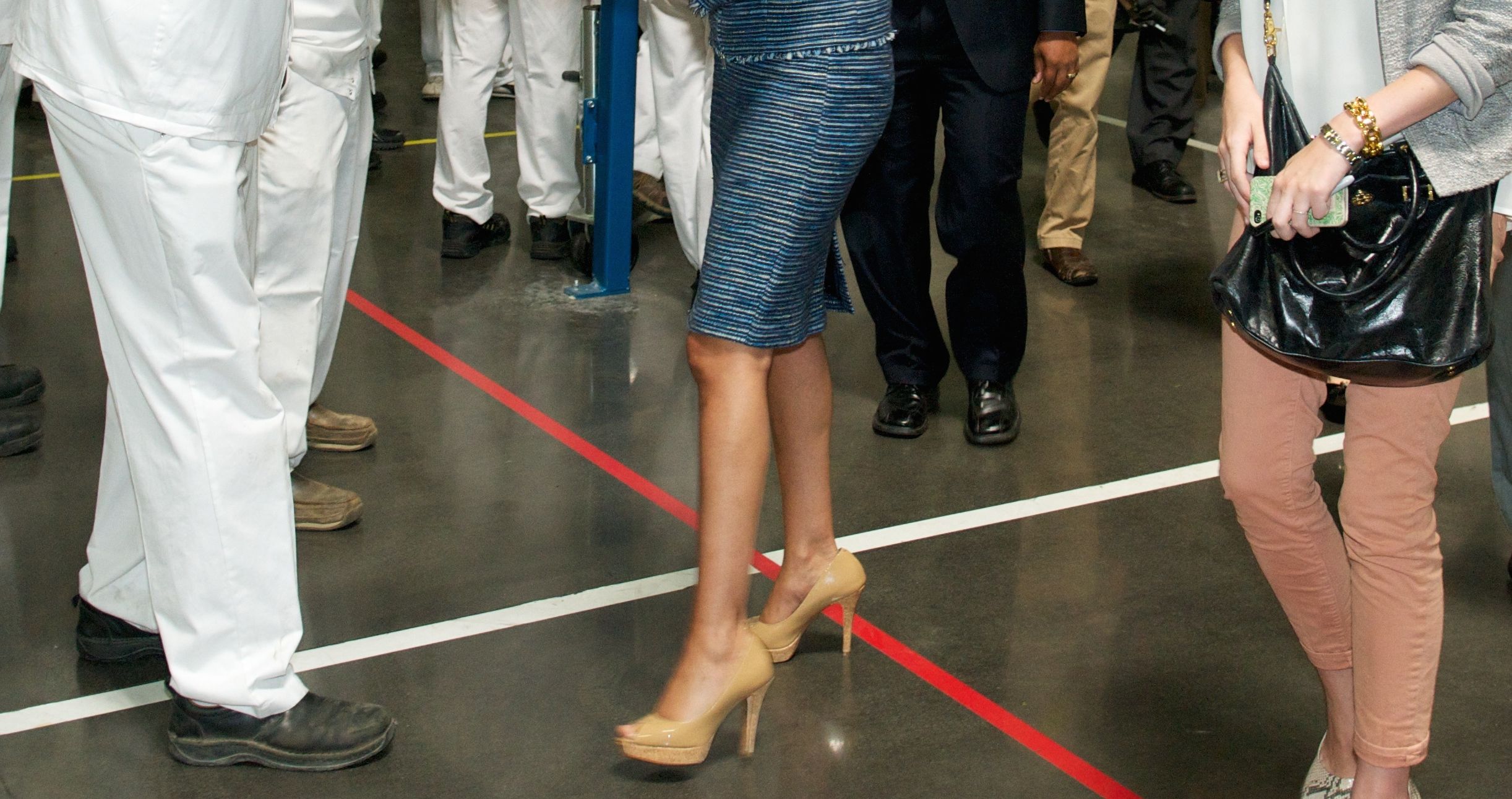 In fact according to the latest data, only 3.7 percent of South Carolina workers are unionized – the third-lowest rate in the nation.

So why, why, why, why is anti-union rhetoric always on the tip of Haley’s tongue? Because she’s trying to win reelection … and bashing unions is cheap publicity.

“We discourage any companies that have unions from wanting to come to South Carolina because we don’t want to taint the water,” Haley said last week during a visit to downtown Greenville, S.C.

“You’ve heard me say many times I wear heels. It’s not for a fashion statement,” Haley added. “It’s because we’re kicking them every day, and we’ll continue to kick them.”

We can’t stand unions, either … and we hate that policies implemented by U.S. President Barack Obama have helped slow their descent into the ash heap of history. Unions are cancers, pure and simple … kept alive by the mindless growth of the government workforce (and the accommodative stance of liberal Democratic and “Republican” politicians toward their private sector presence).

Be that as it may, though … there’s a case to be made that Haley’s rhetoric reflects a policy that is in direct contravention of state law.

“It is hereby declared to be the public policy of this State that the right of persons to work must not be denied or abridged because of membership or non-membership in a labor union or labor organization,” the statute reads.

Again … we have no problem with politicians railing on unions. But the last time we checked, unions really weren’t a problem in South Carolina – which leads us to the real reason Haley is going after them.

The more Nikki Haley “talks smack” to unions, the less the mainstream media will write about her liberal-friendly record on taxes, spending, education and (most notably) government-subsidized health care.

Mia McLeod: Told You So