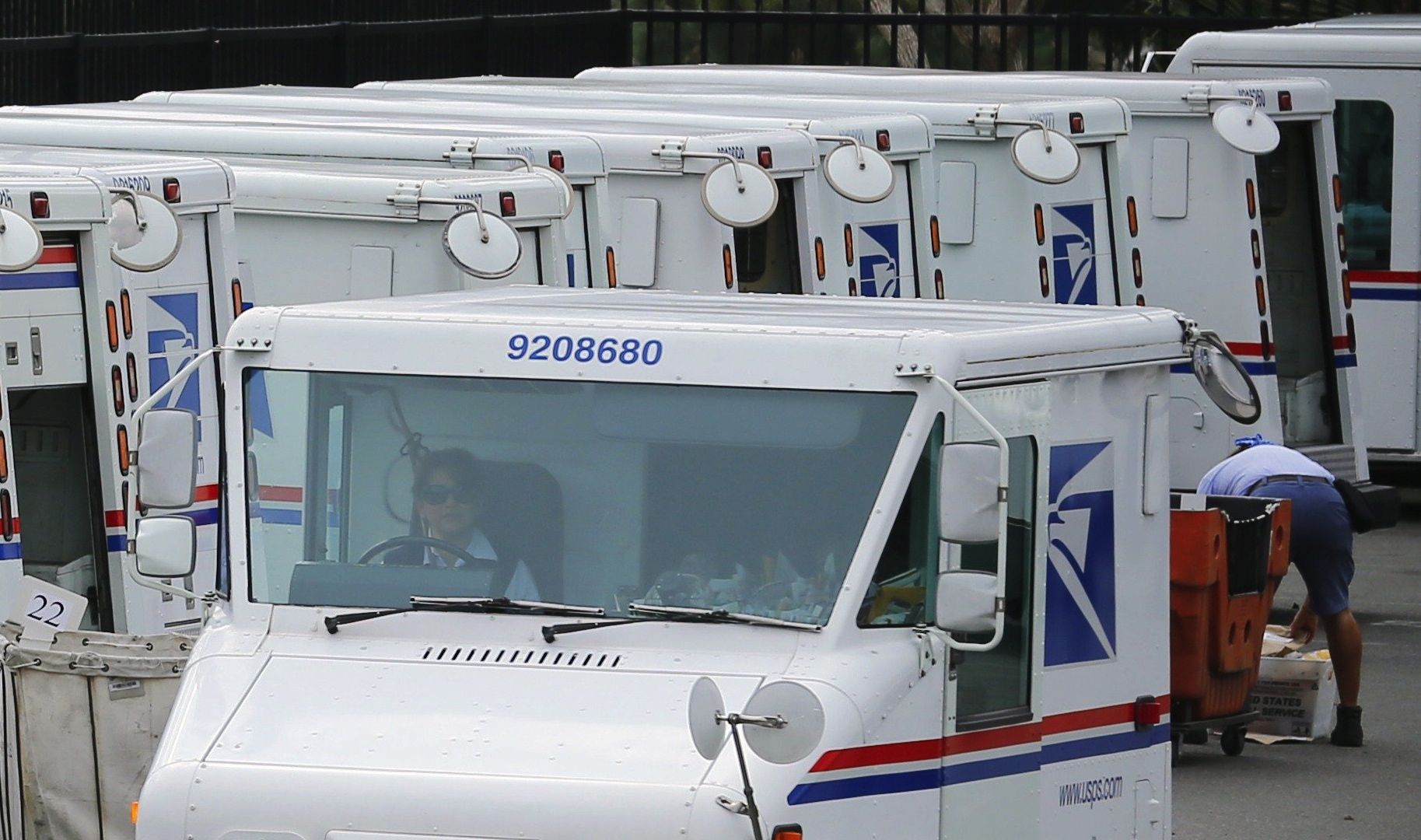 RE: “THE NEW AMERICAN ARMY”

I read your article on the “New American Army” with much interest. As I was a part of “building up the force” during all of 2000-2010 I can without question confirm that we lowered the standards for entrance further than we probably should have. In early 2000, tattoos and juvenile crimes could easily prevent a prospective young man or woman from entering the force. Beginning in 2003, those standards gradually crept downward to accept more and more “foolishness”. By 2007, waivers were available for any number of offenses that 2 years earlier were unwaiverable. Through 2009 we continued to allow young men and women to enter the service with convictions for offense that you would consider mild, say smoking pot, or a recent DUI, but that to some of us more seasoned veterans were indicative of character flaws.

During that same period a significant portion of those same flawed young men and women served your country in some of the most horrific close combat we’ve seen since World War II. Is it any wonder that we’ve had issues with substance abuse and suicide? The Army and the Department of Defense have gone to great lengths to correct some of those issues – Suicide is down by 22 percent in 2013 over 2012.

The number of convictions for “drugs, alcohol, crimes and other misconduct” is in fact up but perhaps you should know a little more about the Army’s justice system before you pass judgment. Your 2005 guilty plea to a charge of “criminal domestic violence” would have seen you get the boot from the Army. Bakari Sellers DUI would have seen him get the boot. Casual pot use gets you booted. The Army’s threshold for foolishness has never been very high but we’ve begun a real crack down in the last couple of years.

While we’re not zero tolerance, in a time where we are set to draw the force down to well below the 1.1 million Soldiers currently serving, we’re about as close as you can get. Many of those young men and women who came in between 2005 have reverted to their earlier lifestyle now that the OpTempo has slowed just a bit. I suspect you will see an even greater number of bootings next year as we get rid of the rest of that group who came in between 2003-2009 who didn’t get the message that this was their big chance. Something that should be touted but won’t be is that many of those “waivers” decided to make something of themselves; they quit smoking pot and drinking to excess, embraced the Army values and started an education. In other words they have become professional Soldiers.

Is 11,000 Soldiers kicked out a lot? Depends on how you look at it. I am subjected to random drug screenings several times a year, if you use in the Army, you will eventually get caught and under the current rules, you will likely get “booted”. With that knowledge, 11,000 from a group larger than 1,105,000 equates to 0.9 percent. 0.9 percent is a drop in the bucket compared to society at large where 0.5 percent (1.55 million) of the population was charged with minor drug possession offenses and an estimated 0.3 percent (1.2 million) of the population is arrested annually for DUI. In society, those were the people who were unlucky enough to get caught – in the Army you will get caught. Almost all of the human foibles we laugh at on your blog will get you booted from the Army.

As for the issue that what we do isn’t “fighting for freedom” – well, maybe you’re right. Unlike you, I don’t get to chose where to go or who to fight. That said, Kuwait will celebrate their Liberation Day next week. Manuel Noriega is still in prison. People in Great Britain still speak the Queen’s English (for the time being anyway) and the French still speak whatever it is they speak. The Germans haven’t invaded anyone in quite a while. The Soviet Union is “on the ash heap of history”. South Koreans are free to protest our presence on their half of the peninsula and even the Chinese are free to embrace the benefits of socialism because of the efforts of American Soldiers.

Things didn’t work out to well in Iraq – they’ve been killing each other for centuries, I’m not sure why we thought 10 years would work, but the Kurds are enjoying the respite. Afghanistan hasn’t worked out well either, no one pays any attention to history when considering the “possibilities in Afghanistan”.

But on the whole, like I said, we don’t pick the battles we just fight them, where and when we’re told. More often than not, we win them – as long as we can keep the politicians out of the way.

Wow. What a wonderful letter. Thank you for taking the time to share it with us. Appreciate your perspective.

Thank you for your service and the sacrifices you and your family have made in the endeavor. Thank you for being a credit to our country and an example to those who served with you.

Well fits, it appears the writers perspective is a little different than yours. Looking in from the outside often makes a person’s perspective look foolish.

you nailed it, “a writter’s perspective’. You are the fool, Idoit-cam!
Where did you serve ?

Over my 30 year career, more than a I care to think about.

Things didn’t work out to well in Iraq
——–
a good summary of the entire Bush administration… syntax included.

What’s an o between friends?

“Casual pot use gets you booted.”

Can you imagine if this was the case during Vietnam?

Yep, most of the drug dogs couldn’t smell pot it you were smoking it in front of them. A buddy of mine told me it the USS Enterprise off the coast of Vietnam caught fire all of SE Asia would have been high.

I guess I forgot to sign it – you’re welcome.

Thank you for sharing your thoughts.

We have always drawn down the forces when budget trumped security. Our Armed Forces remain the best and most enduring exemplar of our aspired national values.

Lest we forget, the preponderance of sacrifice has been borne not by the professional careerist, but rather the short-term citizen-soldier. Draftee or volunteer, they mirror our society. They are the stakeholders of our military heritage and bill payers of failed leadership.

As the world’s largest and most successful meritocracy, the DOD remains a creature of democracy and an instrument of national politics. To suggest its membership is immune to the examples set in politics, business and the media is folly.

“Standards” remain the tools of the scoundrel and arrows of the meek. They are always relative and seldom offer a true sight picture, particularly in the fog of war. Given the choice of a fat warrior or a trim coward, the peacetime coward endures like a rash.

Our Founding Fathers got it right. A large standing Army is the least desirable option in times of peace. Regrettably, our American experience has shown deterrence afar affords us safety at home.

Sic’s article was what it was, a high-flying cherry pick that noted a “trend” but not much else. You did right in calling him out, though any casual observer of history would not have been surprised. These discussions are as old as our Republic.

Better you had remained “anonymous” since those of us who served take umbrage at those who would usurp military titles in opinion sites as these, particularly if you are not retired.

I saw two RIF deals in the Army and it will get more stringent as time goes on. Very few promotions and the Officers will be very tightly graded on there OER. Reserve officers will be the first to go along with enlisted with low scores and or discipline violations. Nothing new this administration has much more important priorities.

I entered the Army in the very early ’80s I had functionally illiterate “hanger ons” left over from the Vietnam war. The dopers were mostly gone but the alcoholics were still around.
This will make my third draw down. I suspect you’re wrong about the Reserves though, the USAR should actually come out of this ahead of the game. The Guard will be hurt and the Active component will be decimated in the literal sense of the word (1 in every 10 sent packing – though it will probably be even worse).

All due respect,and an excellent letter,but you weren’t drafted.Huge difference between then and now.

Not as much difference as you’d think, 1 year deployments, objectives not clear, fighting for/with truly foreign people – drugs (if not alcohol) readily available.

All that said, we’re at 1% or less who are caught. I’ve seen estimates of drug usage in the Army during the 70s as high as 40%, alcohol wasn’t even tracked. When I first enlisted, we had beer machines in the day room and 2 beer lunches were the norm in Germany.

No, I wasn’t drafted – most of the kids who were drafted went because they couldn’t figure a way to get out of it or felt like service was the right thing to do. I’d guess it was about 50/50 – 40/60, I’ve seen studies but none that were definitive. Our all volunteer system has its merits but it is exorbitantly expensive and you’re faced with adjusting admissions standards when you can’t make mission. Despite the dirt bags we let in in the mid 2000s, we still have a pretty good Army.

If the draft still existed,it’s doubtful the wars in Iraq and Afghanistan would have happened.Very few Americans have actually been touch by them,in terms of personal loss,like they were with,Vietnam.

I was speaking of Reserve Officers(ROTC) on active duty who do not have a Regular Army commission. Not USAR officers called up with a unit and or as fillers. Little doubt USAR will be ok, regular units will be shrunk especially combat arms. It is already happening with 22,000 O-3 on the hit list. Even the Marines are seeing senior NCO being shown the front gate.

West Point officers are now bailing at the 5 year mark in such great numbers that the old “reserve commission” isn’t an issue any more – in fact the scheme you probably remember doesn’t even exist anymore.

Yeah, but at least the Marines aren’t issuing “stress cards.”

Sounds like Dugout Doug was wrong about old soldiers, it is now young soldiers. Probably the opportunities are better with less BS and politics. The ring knockers use to have a strangle hold on promotion boards and command slots which exclude many a good leader. Let us hope Follow Me is still strong.