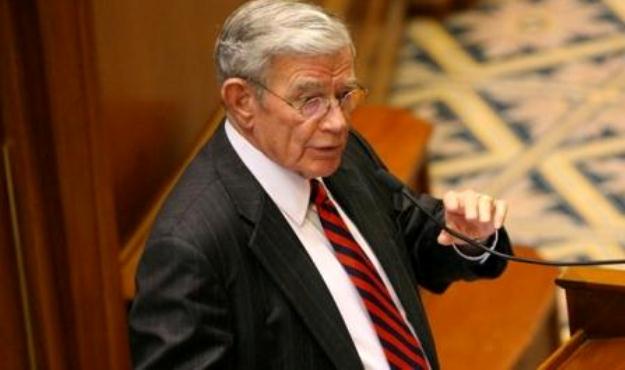 “I’m telling you at this point I will be for a gas tax increase, or user fee, that’s what I call it,” Leatherman told a group of crony capitalists and fellow fiscal liberals in Florence, S.C. this week. “If we don’t do it, the highways will continue to crumble.”

Oh and as for money to fix the state’s “crumbling highways,” why not stop blowing money on totally unnecessary new projects first?

Right … that would make too much sense.

Leatherman claims South Carolina can afford to raise the gas tax because it’s the third-lowest gas tax in the country. What Leatherman neglects to point out is that Palmetto State incomes are among the lowest in the nation, meaning South Carolinians pay a higher percentage of what they earn on fuel than residents of any other state … save Mississippi.

So yeah … that gas tax (err, fee) would hit people squarely where it hurts.

The key takeaway? According to data compiled by the Reason Foundation, South Carolina ranked No. 2 in the nation in total taxpayer disbursements per mile in 2007 (which is insane considering the state maintains the fourth-largest road network in America). In 2008 and 2009 – the latest years for which data is available – the Palmetto State led the nation in tax money spent per mile of state-maintained roads.

What about bridges? Glad you asked … from 2007-09 South Carolina led the nation in taxpayer disbursements per mile of bridges.

But hey … let’s just keep pumping more money into the same failed system, right? Maybe a billion more and a few potholes might start getting filled for a change …

Another SC Party Of Big Government?